The suspension of trading on the Zimbabwe Stock Exchange (ZSE) could drive away frightened investors who have seen the local bourse as an investment destination amid fears the move could see pensioners losing out.

The depreciation of the Zimbabwe dollar, which is currently officially trading at 1:63 against the greenback has seen some investors investing in the equities market but authorities contend that this could have destabilised the markets.

Before the halt in trading, the stock market had seen a period of exuberant and an unprecedented bull run with the market capitalisation swinging to
ZWL$228.6bn last Friday.

But, the era came to a dramatic and abrupt end with the government vowing to keep the bourse closed until investigations are over.

Government said the growth at the ZSE, was speculative and there were several “fake counters” on local bourse epitomised by the Old Mutual Implied Rate.

Investors have pressed the panic button.

It accused mobile money systems of conspiring with the help of the ZSE, either deliberately or inadvertently in illicit activities that are “sabotaging the economy”.

“A lot of people out there think the ZSE is an elite market, that’s what it looks like from outside,” chairman of the Association of Investment Managers Jubelah Magutakuona told Business Times.

“But, it is not. It’s a public market and you and I must be able to access it. It affects you and me.

If you look in terms of investments, more than 50% is from pension funds. So, if the market is closed and we are in an environment like this, how do you pay pensioners?”

Financial analyst Ranga Makwata said the suspension of trading on the stock market without plausible explanation was not good to the investment image of the country.

“Already that action is now viewed as infringement of private property
rights and cast the country negatively as an investment destination.

All the negative publicity which accompanied it is acting as deterrence
to potential investors who may have been looking to bring money into
this country,” Makwata said.

“What is worse is this is happening when capital flight out of the country
has been high already and global risk aversion has increased following the
outbreak of Covid-19.”

An investment analyst said the suspension of trading on the bourse
flies in the face of the “Zimbabwe is open for business” mantra as the
stock market is one such avenue for bringing capital into the country.

“If there were any transgressions by market players, there are regulations
to deal with them without bringing the whole market to halt in a way
that prejudices investors,” said the analyst who requested not to be
named.

In total, they are charged 1.6884% when buying and 2.4384% when selling. This means ZSE, SECZ, brokers and the government have lost as they get money daily.

The suspension comes at a time there has been a bull on the bourse as investors seek a safe haven in stocks to flee hyperinflation which has eroded investments.

The performance of a stock exchange is closely followed by investors to check the pulse of an economy.

Foreign investors on the bourse have been struggling to repatriate dividends due to the foreign currency crunch. 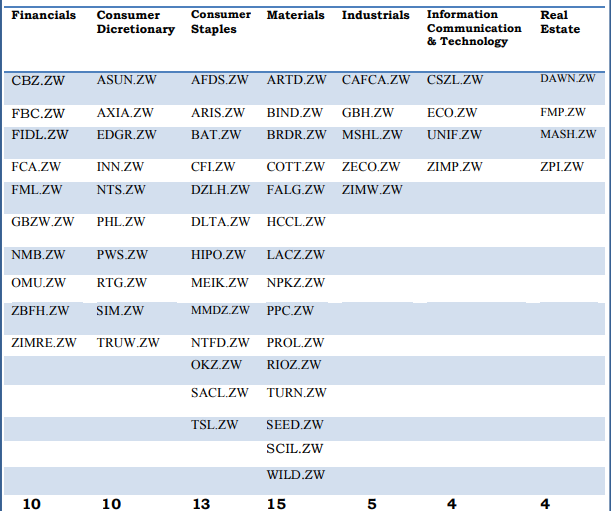