Bulawayo-based businesswoman, Rebecca Siziba has claimed that a
South African tycoon was grabbing people’s companies in a hostile
manner.

Siziba is fighting business tycoon Martin Simmons over the control of a gold producer, Bamslove Investments (Pvt) Ltd in which the duo owned 50% stake apiece.

But Simmons’ lawyers Mutuso, Taruvinga and Mhiribidi said the allegations against their client were motivated by malice designed to bring the good name of the businessman into disrepute.

In an interview with Business Times at her Bulawayo residence, Siziba alleged that the South African tycoon was grabbing people’s companies in a hostile manner with the bulk of his victims being women.

Siziba told this publication that she was introduced to Simmons by officials from the Ministry of Mines and Mining Development as an investor.

However, according to records from Zimbabwe Investment Authority the tycoon has not brought any form of investment into the country.

“I was introduced to Martin by the Ministry of Mines as I was looking
for an investor.

He promised to bring in close to US$3m in the company but nothing came out of it as he kept promising to sell his family farm in South Africa first,” said Siziba, who is now on a wheelchair after suffering a stroke.

“I then had to sell some of my cattle at the farm as well as taking some funds from my retail business to invest in the mining business and
all this time Martin was promising to bring in investment.

At one time he had to rent my farm to do paprika whose money I never received a cent.”

She added: “It is unfortunate that I have seen a statement done by one
of his runners trying to blackmail the government that Simmons is a well-meaning investor who is being victimised.

It is high time that authorities look at the number of people who have fallen victim to Simmons. I am not alone but several, a high number of mostly women in business.”

Siziba alleged that Simmons has been using various top government officials to evade arrest and had obtained a court order barring her from having anything to do with the company. This was done without Siziba’s input as a partner in the business.

She claimed that one of Simmons’ conditions of obtaining a work permit was his business relationship with Siziba but ever since the mining deal went sour, the tycoon’s permit has been renewed.

“I had to file a complaint with the Immigration office but to no joy and it is sad that Simmons has been bragging that every man has a price hence the reason why he is walking free despite all those criminal allegations against him,” Siziba said.

In dismissing the allegations, Simmons’ lawyers said: “These are just but allegations and not facts.

Our client is not guilty of the offence as alleged. It is nonsensical in the
least to raise spurious allegations that allegedly occurred a decade ago.

If indeed there is a grain of truth in these allegations, why did it take the complainant more than a decade to seek the recourse that she now pursues? Why did she sit on her laurels and not act when the time to act arose?

The answer, in our respectful view, is simple and it is that the complainant is motivated by greed and malice and we are of the view that the Honourable Court will find ours not guilty.

After these allegations are proved to be false ours shall consider pursuing the relief of malicious prosecution against the complainant and be awarded the appropriate damages.”

Siziba’s claims come at a time she is demanding US$40m for compensation while fraud charges are being levelled against the South African businessman.

According to a letter of demand in our possession written by Siziba’s legal representative Messrs V J Mpofu and Associates to Simmons dated April 2, 2020, the two have been shareholders in Bamslove Investments.

The company owned the assets and had fully operational gold processing sites around the country and Siziba has been the rightful owner of the assets before the coming of Simmons into Zimbabwe.

Siziba challenged Simmons to produce proof of funding in Bamslove Investments to justify his argument that he is being victimised for being an investor in the country.

“It is sad that a lot of women have fallen victim to him on separate occasions and the records are there for everyone to see. I am told he is
now trying to play a political card on another woman in diamond cleaning
where he is now accusing the lady of derailing the President’s vision on
beneficiation. It is sad how far he has gone in trying to abuse the system.
The records are there,” Siziba said.

Siziba is demanding the return of all the company assets of Bamslove
Investments (Pvt) Ltd transferred illegally to Liersburg Marketing (Pvt) Ltd as well as payment or transfer of 40% of all new assets, shares, properties’ both local and offshore of Liersburg Marketing (Pvt) Ltd purchased from proceeds of the business operations owned by or from the assets of Bamslove Investments (Pvt) Ltd from June 2012 to date.

In another matter, Simmons two weeks ago made a dramatic U-turn by unreservedly withdrawing allegations he had levelled against top lawyer Munyaradzi Nzarayapenga, whom he had accused of trying to elbow him out of a diamond beneficiation company in which both parties are shareholders.

Simmons filed allegations against Nzarayapenga to the police and Law
Society of Zimbabwe (LSZ) but he withdrew the charges.

In an affidavit seen by this publication, Simmons wrote to the police and LSZ registering his intention to withdraw the false allegations and categorically stated that all the company books and his relationship with his partners were all in order.

“I have knowledge that my full investment is with the company recorded as a loan account in my favour. My financial interests are secure. There are no pending issues pending between us arising out of the investment or any other matter.”

He instructed his lawyers Mutuso, Taruvinga and Mhiribidi to communicate the same in writing. 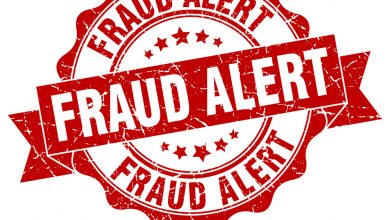