When the European settlers in Zimbabwe dreamt of Eldorado (overflowing gold) in the 1890s, not many were disappointed. Now more than a century after the settlers arrived, the yellow metal remains one of the pillars of economic transformation, albeit at a slow pace.

Despite being endowed with more than 40 base minerals, Zimbabwe continues to be classified as a poor country and questions have been asked on whether or not the country has the right policy to add a sparkle to the capital-intensive extractive sector.

Since time immemorial, issues around gold mining such as looting, the criminalisation of artisanal mining, under-declaration, and smuggling have been topical. Given tonnes of gold that are produced and smuggled into other countries, it tells a lot about the amount of gold that the country has.

Experts say tonnes of gold were produced annually since 2010 with less than 30 tonnes sold through the sole buyer of gold, Fidelity Printers and Refiners (FPR), with the rest being smuggled into other countries.

From that tonnage, Zimbabwe was supposed to earn over US$3.2bn yearly from gold against the current earnings of US$1.6bn. Economic analysts suggest that if well managed, gold will be able to transform the country’s fortunes to become a stable economy.

The monetary authorities and various government officials know about the gold smuggling cartels, but do not act upon that information because they are closely linked to them or they are their bosses.

It is believed that there are various cartels which are led by Russians, Indians and locals, who serve ministers and former cabinet ministers. This is not helping the ordinary Zimbabwean as the cost of living has skyrocketed to over ZWL$4,200 a month for the majority of the formally employed populace, who incidentally are earning less than ZWL$2,000 a month.

Henrietta Rushwaya, the president of the Zimbabwe Mining Federation, has said at various forums that gold production has gone up significantly but formal gold deliveries are going down due to unfavourable mining polices. According to her, formal gold deliveries will continue going down unless there is a quick change in policies, such as the forex retention issue which currently stands at 55%, down from 70% last year.

This has caused outrage among gold players.

It is not surprising that gold deliveries dipped 23% to 23.03 tonnes during the first 10 months of 2019, from 30.13 tonnes last year. It has been over a month now since miners requested for a meeting with the RBZ on the retention level issue, but the meeting has so far failed to materialise.

This means gold deliveries and export earnings will end on a low note given the monetary authorities’ reluctance to deal with the matter.

“We have been trying to reach out to the miners to discuss various issues affecting the gold sector with forex retention being one of the key issues but unfortunately I have been busy with the IMF and various businesses outside the country,” said the RBZ governor John Mangudya.

“We will still meet and discuss the issues as was before.”

From the body language and expressions, the central bank chief seems to be waiting for the signal from his bosses to change the forex retention level. The government offered to raise it to 60% in November during the ZMF annual general meeting in Gweru, but the miners rejected it outright.

Instead they want 80%, a figure Mangudya says is not viable given the lack of forex in the country. According to him, earnings from gold will help to procure fuel, medicine, grain and fertiliser among other critical raw materials.

The development comes at a time when the country is experiencing rampant inflation, subdued production across most sectors, crippling power outages, and serious shortages in many areas, leaving Zimbabwe on the edge of total economic implosion.

Gold contributes 38% of the country’s total earnings and more than 60% of the mining sector’s revenue. Tobacco which was a dominant force before last year, has had its problems as exports have gone down due to the forex retention level, poor payment methods, and surplus tobacco in China (which is Zimbabwean tobacco’s biggest buyer).

Analysts believe that 2020 will be a very difficult year given the poor performances from the two most important economic drivers. The economist Persistence Gwanyanya said: “There is the need for the country to diversify its economy so that it can have multiple export earnings’ platforms.

Over-reliance on the homogeneous factors is not good as world commodity prices are prone to shakeups time and again.”

As tobacco is no longer earning as much as it used to do, analysts say more needs to be done to improve gold production. It takes less than a week to process gold sales into hard cash, while other minerals like platinum take close to a month to liquidate.

Surprisingly, the authorities have turned a blind eye to such critical issues.

Even Finance and Economic Development Minister Mthuli Ncube believes that close to 34 tonnes of gold were smuggled out of the country in the first 10 months of 2019 and nothing concrete was done to stop it.

Meanwhile, Irvine Chinyenze, the chief executive of the Gold Miners Association of Zimbabwe, has said the fact that the authorities maintain the forex retention levels means there is some kind of war going on.

“Gold is one issue that the authorities should have dealt with a long time ago, but the maintenance of the 55% tells a lot about the struggles going on behind the scenes with gold being the battlefield,” Chinyeze said.

Some miners, especially large-scale, are believed to be selling their gold to suspected smugglers to get more forex for their operations. Zimbabwe is targeting 100 tonnes of gold per year by 2023, a figure which is expected to help the sector to earn US$12bn yearly.

Analysts believe that gold can earn over US$4bn before 2023 if the authorities are quick to resolve the current problems.

Should Zim gold miners have their cake and eat it? 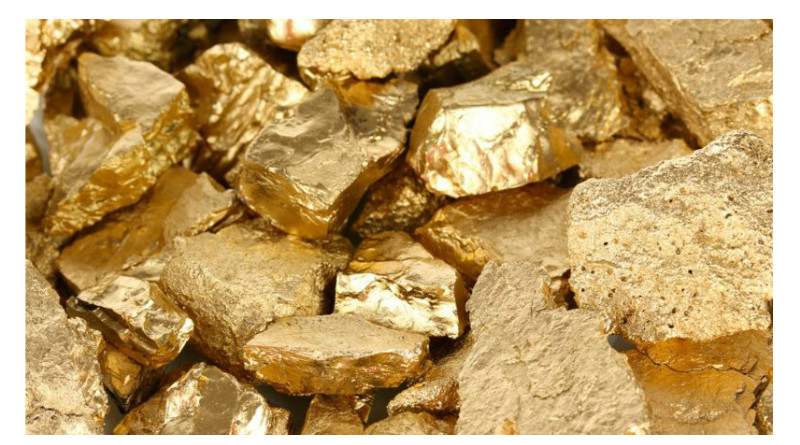