New cracks have emerged in Zanu PF after some party stalwarts were accused of backing planned protests that were scheduled for last month as the economic implosion fuels turbulence in the ruling party, analysts have said.

Recently, Zanu PF suspended politburo member Cleveria Chizema after she was found in possession of material which supported the July 31 demonstration.

The economy is heading southwards with rising inflation and the depreciation of the local currency against the greenback thereby pushing up prices.

Political analyst and University of Zimbabwe lecturer Eldred Masunungure told Business Times that allegations of factionalism and senior party members suspected to be supporting the demonstrations that were mooted by opposition political parties and civil society can be linked to the economic meltdown and the effects of corruption on the economy.

“What we are reading in the media of the stories of in fighting in Zanu PF with the suspension of senior members for supporting the demonstration is a broader picture that shows everyone is being affected by the economic challenges and some of the party members are pushing for a demonstration considering that the planned demonstrations are aimed at ending corruption and economic demise,” Masunungure said.

He also that it was not surprising that the allegations can be made considering that a lot has been mentioned about the infighting and factionalism in the ruling party.

“This is not the first time that the allegations of factionalism are coming out in the party and even the days and times of the founding president Robert Mugabe cases of some senior party members accused of supporting the opposition happened,” Masunungure said.

Another analyst Ibbo Mandaza said factionalism and infighting in the Zanu PF and members being linked to supporting demonstrations showed that everyone was willing to see a change in the economic and political growth of the country.

“A lot of issues have been happening in the party and not everyone is happy with what is happening this is why there are reports of these senior party members supporting the demonstrations,” Mandaza said. 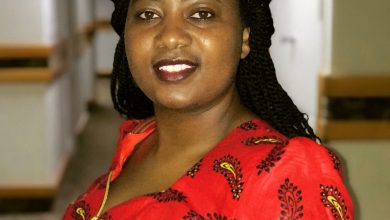