The Zimbabwe Anti-Corruption Commission (Zacc) is pursuing a number of Harare City councillors and managers as the anti-graft body widens its probe into alleged corrupt practices.

Most of those targeted in the latest drive have been accused of misusing their influence on the sale and allocation of land in the capital.

However, no charges were preferred against any of the councilors as they were later released after spending time in police custody being questioned.

Makamure, however, did not reveal the identity of councillors and senior management implicated in the land deals.

“We are investigating the matter and we have councillors and managers before the courts over corruption charges” Makamure said.

Over the past few months, Harare City Council has been under fire over alleged shady land deals.

Executives at Harare city council and some councillors have been accused of improperly allocating and selling the land. Former Harare mayor Herbert Gomba has been dragged to the courts over corruption charges together with other councillors.

“We are not covering up any corruption acts from the council and anyone found guilty must be arrested but we want justice and fairness not framing up of corruption charges that are not proven,” Mafume said. 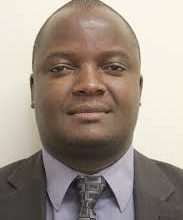