Reinstated MDC-T secretary general Douglas Mwonzora has warned MDC-A not to ‘victimise’ some Members of Parliament (MPs) who want to cross the floor to the Thokozani Khupe-led party.

He claimed that MPs were being forced to sign affidavits showing support to the MDC -A leader, Nelson Chamisa.

“Some of these MPs are being threatened and some of them are being forced to sign affidavits to swear allegiance to a particular person, so in dealing with these MPs we will look at their cases on a case by case basis. Our first disposition is not to recall people but to consider their cases, there are some MPs who are doing unpardonable things such as victimising and intimidating people but we will look into that case by case,” Mwonzora said.

On March 31,the Supreme Court declared Chamisa’s rise to the helm of the main opposition party violated the party’s constitution and granted Khupe stewardship of the MDC-T.

The ruling also ordered MDC-T to hold an extraordinary Congress within 90 days to elect a new leadership using the 2014 party structures.

The majority of the MDC leaders,however, have rallied behind Chamisa arguing that the leadership issue was settled when the party held its Congress in 2019 to choose a new executive.
But, Mwonzora, recently recalled four MDC-A MPS from Parliament and threatened to recall more legislators for siding with Chamisa.

The expelled MPS are Charlton Hwende, Prosper Mutseyami, Thabitha Khumalo and Lilian Timveous. The MDC-A has since appealed to the High Court seeking to bar Mwonzora from recalling MPS from Parliament. Justice Tawanda Chitapi reserved judgment on the matter.

Mwonzora said:“We are not a vindictive leadership and we have no intention of victimising anyone, however we urge our MPs to discharge their obligation to their constituencies in particular and the people of Zimbabwe in general. They must be cognisant of the founding values of the party.”

He added that it was completely irresponsible to call for the MPS to disengage from parliament.
“Zimbabwe is battling the COVID-19 pandemic and parliament as the arm of state has two crucial roles to discharge. Parliament has to play a distributive role in making sure that finance is distributed to the critical organs fighting this pandemic. The other role is the supervisory role of key government departments and ministries.

As a leadership we cannot allow parliamentarians to abandon their duties like that,” said Mwonzora 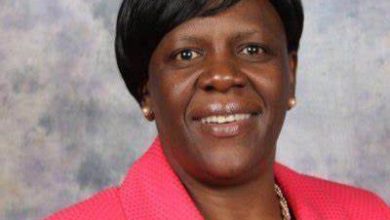 A boost for the capital markets

RBZ orders banks to give forex