Acclaimed sungura icon, Alick Macheso, one of the few in the local arts industry to rise to stardom, secured his legendary status in the industry through hard work and discipline.

His road to stardom was not smooth.

Reflecting on the tough journey, Macheso this week laughed at some of the “crazy moments” but cherished how he managed to get into the “Sungura Hall of Fame”.

Macheso who turned 51 on Monday told Business Times that his journey has not been rosy and he has more to offer to the nation and the international market. 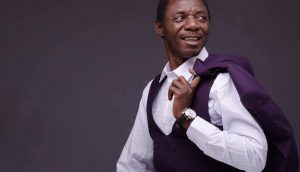 Born in 1968 in Shamva, Macheso’s mother was a farm worker who relied on menial jobs to fend for the family.

His interest in music began at an early age where he would bribe some youths at the compound where he stayed to enable them to teach him to play some of the instruments.

In the compound where he stayed some boys had assembled a band. “By then I was 12 and these guys, who had assembled a band were telling me that I was young. The only plan was to bribe them with food and I succeeded,” he said.One of his relatives and instrumentalist Serestina Dzawo took him to the dusty suburb of Dzivaresekwa hoping the young man would get a job and fend for his siblings.But because of his age and educational background, the musician could not get a job. His relatives wanted him to go back to his rural home in Shamva.However he could not stomach going back to Shamva and that’s when he decided to perfect his music skills using Dzawo’s instrument.Macheso vividly recounts how he joined Shepard Chinyani’s band Vhuka Boys.  One morning, he played Vhuka Boy’s song “Monica” attracting Shepard Chinyani’s ears who was just passing by their house in Dzivaresekwa.Chinyani then invited Macheso to come and join the group that was based in the same hood.With all the joy and zeal; he suffered a major setback when he was told that the group could only take in a bass guitarist.“That was a major setback but I took the chance because I wanted a job. It was not easy but I managed to sail through,” he said.That’s how the musician joined Vhuka Boys lead by Chinyani playing the bass guitar.They managed to record two singles as Chinyani was assembling a new band following his split with Nicholas Zakaria and Cephas Karushanga. Karushanga then lured him to join their group and Macheso jumped the ship from Chinyani’s camp to Karushanga and Zakaria’s Vhuka Boys. As they beefed up their group, they had to rename it to Khiama Boys and recorded their debut album “Mabhauwa”.Following the success of the album, Zakaria and Karushanga had a dispute that lead to yet another split.Macheso joined hands with Zakaria while Karushanga went on to form another splinter group but they all used the same name. That prompted Zakaria and Macheso to record an album “Kubva Kure” as a way of drawing lines between them and Karushanga’s group and the album was a success.They released successful albums and their group became a household name. Some of their albums include “Kuva Nemari”, “Chikumbiro”, “Zvirimudzimba”, “Mabvi Nemagokora” among others.The honeymoon ended when they recorded  “Chiraramo” in 1997 which later turned out to be their last album. After this Zakaria decided to hang his guitar and joined a local company as a truck driver.Life became difficult for Macheso. The musician lived a miserable life and would now beg friends to take care of his welfare.To make matters worse, Macheso was told that Zakaria had already hired another bass guitarist and would take some days off to practice most of their songs. He then met guitarist Donald Gogo and they started to work on songs.However, he had no money to record the songs forcing him to walk by foot from Chitungwiza to Msasa to negotiate for a recording contract with Gramma Records.“Gramma Records were reluctant to give us a contract because they thought  I had no capacity but Bothwell Nyamondera negotiated with them and gave his two months’ salary if the project fails and that is how I managed to record Magariro,” he narrated.Magariro went platinum and since then Macheso has been on top of his game.The musician is investing and works hard in trying to keep the momentum because of what he went through. To date the musician owns several houses in Chitungwiza, one inWaterfalls, a farm in Chivhu and a recording studio Chitungwiza.