In addition to the expected increase in production capacity, the programme will also create infrastructure to improve power supply and cement storage.

“The business continues with the implementation of the previously announced US$25 million capital expansion programme.

Currently, the DMX plant is being installed and is set to be completed in the second half of 2020, while the Vertical Cement Mill supply contract was signed in August 2020,” Lafarge Cement Zimbabwe chairman Kumbirai Katsande said in a statement accompanying the company’s financial results for the half year ended June 30.

He said the company business started the year on a satisfactory note with first quarter volumes marginally exceeding the same prior comparable period by 1.4%.

The tables, however, turned at the onset of the Covid-19 which led to lockdown resulting in a significant drop in the monthly volumes of April 2020 by 71.4% compared to the same month in the prior year.

Katsande noted that volumes recovered in May and June 2020, leading to total volumes for the period closing at 14.1% lower than the same period last year.

“This performance is largely in line with market trends as there is an overall market decline of 13% compared to the same period last year.”

The rebound continued into July 2020, further narrowing the volumes decline to only 6.4% lower than those achieved in the same period to July last year.

Katsande said the recovery for the remainder of the year was likely to be slower due to the planned plant shutdown scheduled for the last quarter of the year.

Volumes for the DMX business however more than doubled compared to the same period in prior year.

This growth comes ahead of the commissioning of the new DMX mortar plant set for December 2020.

Revenue for the six months grew by 27% to ZWL$1.1bn from ZWL$900m in the same period last year. “Our cost rationalisation, innovation and efficiency initiatives helped to improve gross profit margins by 8% to 50% (June 2019: 42%).

The same initiatives also resulted in an overall decline in the Company’s operating costs by 10%,” Katsande said.

He said the company’s operations were weighed down by foreign currency shortages which drove up foreign exchange losses to ZWL$367m compared to a gain of ZWL$18m in the same period last year.

However, the recent policy changes which includes the foreign currency auction have seen improved foreign currency inflows and the company has made significant strides in settling foreign obligations, Katsande said.

He said the conclusion of the Blocked Funds registration process strengthened the company’s financial position as foreign denominated liabilities and capex commitments amounting to US$31m were registered with the Reserve Bank of Zimbabwe.

The process was concluded in April 2020 and the required cash cover of ZWL$31m was lodged with RBZ, Katsande said. 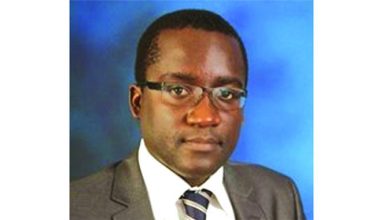 Kaulule steps down as Lafarge CEO