The African National Congress (ANC) has a role to play in helping Zimbabwe address her socioeconomic crisis which will have a knock on effect on South Africa, its top official has said.

Zimbabwe is battling rising inflation, high unemployment rate, political intolerance among a litany of problems, amid calls for South Africa to intervene.

ANC’s chairperson of the sub-committee on International Affairs Lindiwe Zulu yesterday told Business Times in an exclusive interview that ANC believes there is a crisis in Zimbabwe and liberation movements have to be frank to each other.

Zulu was among ANC officials who were deployed to Harare last week to engage in bilateral engagements with Zanu PF as political temperatures in the southern African nation hot up on the backdrop of a weakening economy.

Her remarks came a day after South Africa’s governing party said it would soon engage with opposition parties, civic society organisations and the clergy as many look up to South Africa to assist resolving challenges in Zimbabwe.

Zulu said ANC has to meet other parties and key players to resolve the Zimbabwean crisis.

“The endgame is seeing the situation in Zimbabwe and the proliferation of the challenges that are there and also seeing the opposition parties themselves having their own internal dynamics.

We do believe that talking to Zanu PF is of major importance to us and we also agreed that if the ANC is given a responsibility and a mandate to do a factfinding mission, it would be important for us to talk to other political parties,” Zulu said.

“In the meeting itself which we had on the 9th, it was agreed that the ANC would have to make its own arrangement to engage with other political players across the board and by the way, by the way we got to Zimbabwe, there are organisations that had written letters to the embassy requesting to meet with us.

We promised that those meetings are going to continue.

The Secretary General Cde Ace Magashule is the one that is making those arrangements for those meetings.

The sooner we have the meetings the better because we need to arrest any situation that seems to be pulling us back instead of pulling us forward.”

She said the ANC team that visited Zimbabwe has reported back and officials “were very happy with our report”.

“The call is for us to act and act very quickly so that we develop a programme as to what we need to do in order to help each other.

Whether we like it or not, whatever happens in Zimbabwe has got an impact on South Africa, whether negative or positive,” Zulu said.

But Zulu told the Business Times that the ANC would continue to dialogue with other political actors in Zimbabwe with the view to address the crisis.

It is estimated that more than three million Zimbabweans have fled the country for neighbouring South Africa seeking better employment prospects as well as to seek political refuge.

“I think we will stand by that statement (that there is a political crisis in Zimbabwe) until the situation has improved.

Let me also say that we must not be dragged into words, using those words at all. We must be able to first of all appreciate the situation because if the situation was happening in South Africa, we take it that Zanu PF would stand up and say hey ANC, you can’t afford to do the following things because they have a negative impact on us,” Zulu said.

“But also we think that this was a meeting between liberation movements who have to continue to build trust between ourselves; confidence between ourselves and you don’t want to be dragged into words as such.

We want to deal with issues as we see them and we believe as the African National Congress that we need to give Zanu PF the comfort that we have to work with each other, they have to trust us.”

She added: “The trust has always been there but with the recent challenges and a whole lot of things being discussed at different levels by different people and what we see coming out of Zimbabwe, it sort of a situation where we ask ourselves questions such as can we still trust each other?

The bottom line is we don’t have any other option.”

The level of distrust between the two liberation movements was played out last week when Chinamasa denied that Zimbabwe was in a crisis.

He also criticised Pretoria saying it had no mandate to mediate over Zimbabwe’s internal affairs because Zimbabwe is not a province of South Africa.

Zanu PF insiders reinforced the notion there is suspicion between the two liberation movements – telling Business Times that while Zanu PF is keen to work with the ANC, the party believes those pushing the Zimbabwe agenda within the ANC were doing so “in cahoots with the Americans”.

“Zanu PF believes it is not the revolutionary faction of the ANC that is at the forefront of the Zimbabwe agenda.

It is believed without doubt that Westerners, especially the Americans, are using some in the ANC to push their agenda,” said one Zanu PF insider.

“This is why Zanu PF is arguing the basis of South Africa or ANC’s intervention. It’s claims it has already seen how the West wants to come through South Africa hoping Zanu PF will not see through the external hand behind such intervention.”

Added another insider: “ANC’s involvement and utterances that they are going to impose themselves despite what Zanu PF thinks is being discredited as desperation by those who have gone to bed with the enemy (the Americans).”

“It’s a journey, it must not be taken that we were in Zimbabwe on the 9th (of September), everything is just going to be all super.

Zulu said liberation movements agreed in Victoria Falls last year to open a platform for discussions for their economies with ANC supposed to host the first meeting.

“But unfortunately for us because of Covid-19, it then disturbed all our plans. But now we have to use this technology to connect to each other.

When all is said and done we need to be frank to each other.” In 2013, Zulu was also part of a high powered delegation that visited Harare to address the then political crisis during the inclusive government.

South Africa was mandated by the regional bloc, SADC, to broker talks between Zanu PF and the MDC formations following a widely discredited 2008 presidential election runoff.

The negotiations culminated in the formation of an inclusive government and the crafting of the country’s new Constitution. 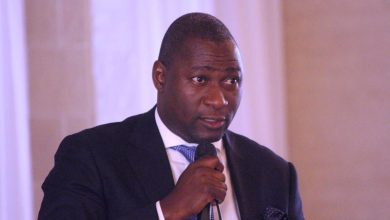