Flash floods this week hit the city of Mutare, leaving scores of residents counting their losses after property worth thousands of United States dollars was lost while some houses were left submerged in water.

Following heavy rains that pounded the eastern border city, some of the city’s streets became fast flowing rivers, destroying weak perimeter walls and some structures particularly those built close to waterways and wetlands.

Residents blamed the local authority for allowing home seekers to build in waterways and wetlands where structures are vulnerable to floods.

Joachim Nyamande of Hobhouse high density suburb said it was regrettable that the council was only interested in getting money from desperate residents who rush to have a roof over their heads.

“It’s unfortunate that the council and other private land developers are just after money. You realise that some residential stands issued out are situated at inappropriate places for development,” Nyamande said.

Another resident, Patrick Makande, said the council should consider relocating the affected families to higher ground where they would be safe from flash floods.

“As it stands it would be noble to offer the victims of floods stands in suitable areas than having them remain where they are. It is dangerous,” Makande said.

The Mutare city council has however denied responsibility.

In a statement this week the local authority pointed out that all problematic areas with regards to flooding had nothing to do with it.

The council further said private land developers were to blame for the challenges being faced by the river residents of Zimta Park, Florida, Chikanga, Hobhouse, Gimboki and Dreamhouse.Some private land developers have in the past been blamed for fleecing desperate home seekers across the country improperly issuing stands in unsuitable places.

Such structures have had to be demolished and recently the government halted such demolitions before alternative areas for the affected families had been sought.

Hundreds of families have lost out in such shadowy housing schemes. 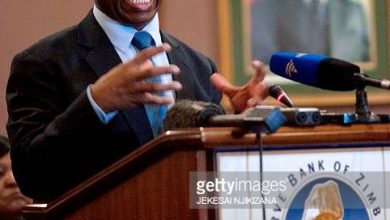