While the world is in turmoil with the coronavirus outbreak sport has been badly effected and it does not seem to be getting any better.

Some of the biggest sports events could be postponed and some even cancelled which is massive.

Actually too hectic to comprehend to be honest.

As the days go by, another event is canned or postponed.

The world is in turmoil, and I just wonder what this costing in losses, and how many businesses will go under through no fault of their own because of the Coronavirus.

Sport in Italy has been badly effected and every hour it seems countries and health authorities are making calls to cancel or postpone.

Those decisions will not come lightly either.

The ripple effect is just astronomical.

There were some positives this weekend, (excuse the pun) as my newly love for sevens rugby continued in Canada this last weekend.

New Zealand beat Australia 17-14 to win the Vancouver Sevens on Sunday and solidify their lead in the World Rugby Sevens Series.

The Blitzboks, finished fourth after losing 26-19 to hosts Canada in the Bronze Final, having earlier lost 27-15 to the All Blacks Sevens in the semi-final.

Second-half yellow cards proved costly for Australia as New Zealand came from behind to win their third sevens title this season after triumphs in Cape Town and Hamilton.

Australia had a chance to claim a victory after New Zealand’s Sam Dickson was sin-binned late, but a wild forward pass from Lewis Holland allowed the Kiwis to hang on.

The sevens teams now have an extended rest, as both the tournaments in Singapore and Hong Kong have been postponed because of the coronavirus, the next events in London and Paris are in late May.

New Zealand top the standings on 115 points with South Africa second on 104. Fiji are third on 83 and Australia fourth on 81.

Tyrrell Hatton held off a stellar field to claim his maiden PGA Tour title at Bay Hill on Sunday, while Tiger Woods announced he would miss this week’s Players Championship through injury.

World number one Rory McIlroy appears set for a strong showing as he bids to become the first player to successfully defend the Players title this week despite more Sunday disappointment at the Arnold Palmer Invitational.

The four-time major winner started the final round two shots behind leader Hatton, but slipped back with a four-over-par 76.

But the Northern Irishman has now posted seven consecutive top-five finishes and will be the favourite to win again on the Stadium Course.

Two-time champion Tiger Woods will sit out of the Players due to his ongoing back problems, raising questions about whether he will be fit to defend his Masters crown at Augusta next month.

The 44-year-old has not played since finishing last of the players to make the cut at the Genesis Invitational in February and is still waiting to claim a record-breaking 83rd PGA Tour victory.

The six nations match on Saturday ended closer than we thought on Saturday between England and Wales with England winning 33-30.

However the Joe Marler incident has overshadowed events. Marler, has been cited after grabbing Wales captain Alun Wyn Jones by the genitals.

Did he really think he would get away with it? He deserves all the punishment that will be dished out to him when they convene the hearing.

As I write, thinking what’s next to be cancelled Matches in Spain’s top two divisions will be played behind closed doors for at least the next two weeks because of coronavirus concerns.

The change will take effect from Tuesday, with fans now banned from the game between Eibar and Real Sociedad.

La Liga acted on guidance from Spain’s ministry of health and the country’s sports council. Barcelona’s Champions League match against Napoli on 18 March will also be played at an empty Nou Camp.

Manchester United’s Europa League last-16 first leg match at LASK Linz in Austria on Thursday could also be played without fans being admitted. 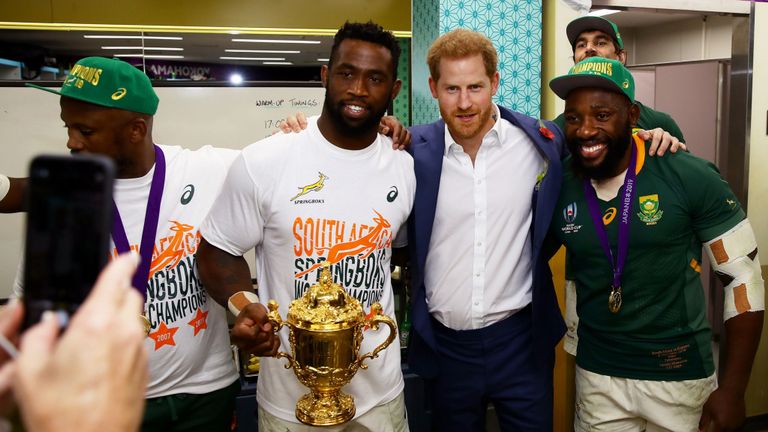 … after powering Boks to win the World Cup