Zimbabwe’s insurance industry is set for a radical shake-up with the new reporting rules set by the International Accounting Standard Board (IASB) which will enforce more transparency in the multi-billion dollar sector.

IASB, which operates under the auspices of the International Federation of Accountants (IFAC), a global organisation for the accountancy profession, released the standard in May 2017, after nearly 20 years of discussions to refine the new International Financial Reporting Standard (IFRS) 17.

For the first time, the standard requires insurers to follow IASB rules.

IFRS 17 requires insurance liabilities to be measured at a current fulfilment value and provides a more uniform measurement and presentation approach for all insurance contracts.

Experts who spoke to Business Times this week said the global accounting standard has a wide implication for all insurers, policyholders, investors and other related parties including actuaries, banks and the stock market, among others.

It is estimated that Zimbabwe insurers control more than 60% of funds invested on the Zimbabwe Stock Exchange.

IFRS 17, if implemented well, is expected to make the sector attractive to investors, a situation which will impact positively to economic development.

IFRS 17 will change the way insurance companies report income earned, whereby investment income, money put in stocks and government paper as invested will not be counted in the overall profits of the insurer, experts indicated.

The new regulations would standardise the way insurers report their accounts, something which may help them raise capital from the markets as well as benefiting consumers and investors.

The deviation from IFRS 4, experts said, could have a major impact on accounting professionals.

Under the new IFRS 17 regime, insurance companies will be required to maintain a current balance sheet that measures insurance contract liabilities as well as statement of profit over the period covered.

They will be required to identify portfolios of insurance contracts, which comprise contracts that are subject to similar risks and are managed together.

Under the new rule, an insurance company will not be permitted to include contracts issued more than one year apart in the same group.

In addition, if a portfolio would fall into different groups because the law or regulation constrains the insurer’s practical ability to set a different price or level of benefits for policyholders with different characteristics, the insurance company may include those contracts in the same group.

The new rules were initially scheduled to take effect in January next year but were deferred by a year to January 2022 after several jurisdictions indicated that the new rules were complex.

Countries, however, can choose to apply the new standards earlier.

Earlier adoption is permitted. Due to the complexity of the new rules, the Insurance and Pensions Commission (IPEC) commissioner, Grace Muradzikwa is seized with the matter as there are many pitfalls associated with the new rules. Starting from this month, Zimbabwe’s insurance industry regulator will vigorously spearhead awareness programmes to prepare the local players.

Muradzikwa said insurance companies should now start considering their existing contract arrangements and look to make necessary changes to their internal compliance processes to meet the technical provisions of IFRS 17.

This will enable them to manage risk and this will be an opportunity to make efficiency gains, if managed well.

“The commission will be spearheading the awareness programmes for the insurance industry in readiness for implementation of IFRS 17 in January 2022,” Muradzikwa said.

Historically, Zimbabwe’s insurance sector has been fraught with lack of consumer protection, transparency and there have been very few disclosures for investors to make wise investment decisions. This has encouraged a serious lack of integrity in insurance market, resulting in policyholders being left exposed.

The new rules are far-reaching in that they dictate how insurance firms should report their financial statements.

For the global consumers and potential customers, the global accounting standards might help consumers make more informed decisions about their insurance purchases, especially when costs vary significantly across borders.

Investors might use IFRS 17 to bolster their portfolios and chose investments more wisely. Every insurer is certain to see an impact on its reported numbers in one way or the other.

IFRS 17 rules require all insurers covered by the IFRS regulations to produce their accounts in the same way, unlike now where insurers are reporting differently.

This is expected to shake up Zimbabwe’s insurance sector.

Experts told Business Times this New rules to shake up insurance industry IPEC warns of pitfalls, spearheads awareness to ready firms week that this could be a catalyst for radical transformation to the way insurance entities report their financials.

It will fundamentally change the accounting for all entities that issue contracts within the scope of the standard for insurance contracts from life to auto to home and health as well as reinsurance.

“There is going to be fundamental changes right across the insurance sector. Much of insurance reporting is based on established practices largely due to lack of comprehensive guidance in the current IFRS,” IFRS expert, Elles Mukunyudze, told Business Times this week.

“Although IFRS 4 deals with some principles, the standard when it was developed was meant to be transitory and not to comprehensively deal with insurance reporting.

It does not prescribe how insurers should report their financials but to just continue with the way they have been doing in their different jurisdictions.”

Mukunyudze said IFRS 17 provides standardisation right across jurisdictions and it allows for comparability and provides investors, policy holders and other users of information with consistent information for all insurance contracts as well as new metrics for evaluating the performance of insurers.

He said insurance revenue under IFRS 17 will be similar to earned premiums for non-life business.

Insurance revenue will be significantly different for all other contracts, including life and participating contracts.

Under IFRS 17, Mukunyudze said, insurance revenue will not include any deduction for ‘ceded premiums’ or acquisition costs.

The effects of reinsurance will be separately presented in the balance sheet and in the income statement; a separate roll forward will be disclosed in the notes.

Generally, this metric is only applicable to non-life insurance, given that for life insurance companies a significant financial result means that the main focus is on measures of operating profit, which incorporate both the return from underwriting and from financial investments.

Mukunyudze said that an insurance service result subtotal will be required under IFRS 17 for all insurance contracts, and will exclude investment income and insurance expenses.

The amount reported for the insurance service result may differ from underwriting profit under existing accounting due to differences in the measurement basis used.

Under IFRS 17 claim or loss reserves will be included in the overall insurance contract liability on the balance sheet, and separately identified as ‘liability for incurred claims’ in the notes, with a detailed roll forward. The liability equals the probability-weighted expected cash outflows plus explicit adjustment for risk.

Discounting will be applied if material. Under liability adequacy test, Mukunyudze said, a test to ensure that the liability for insurance contracts, after deducting deferred acquisition costs and capitalised intangibles, is sufficient considering current estimates of cash flows and current discount rates.

If the test determines that the balance sheet liability is ‘inadequate’, it leads to an increase in the liability and a loss in the income statement.

The approaches used for this test vary; cash cow can be aggregated at a high level, and discounting may effectively take into account the benefit from forecast investment returns.

Under IFRS 17 this test will not be required under IFRS 17 because the fulfillment cash flows are always based on current assumptions including current market variables.

Other IFRS experts said the new rules have potential wide reaching impacts for insurers including direct tax positions of companies.

This now means that insurance companies must make efforts to comprehend and communicate the full impact of the changes.

They should also start focusing on implementing systems to support calculation and reporting of IFRS 17 financial statements. The standard also has extensive disclosure requirements.

Under IFRS 17, the new contractual service margin plays an important role in profit emergence, ensuring profit is not realised at contract inception but realised over time as services are provided, experts said.

It also partially absorbs the impact of changes in certain assumptions on fulfilment cash flows.

The fulfilment cash flows, being current estimates of amounts that the entity expect to collect from premiums and payout for claims, benefits and expenses , adjusted for the timing and risk of those amounts.

However, this does not mean profits are entirely predictable or stable.

In fact, under certain scenarios, they could be highly volatile. Companies may find it useful to understand which scenarios result in a contract group becoming onerous and how this changes depending on methodology decision. Companies also need to consider the impact of changes in financial assumptions on assets measured under IFRS 9.

Experts also said the interaction between these two standards can be complex, with resulting net profit depending on the classification of assets and liabilities.

Under the new standard, insurance contracts will be measured either under the general model or a simplified version of what is called the premium allocation approach. The model stipulates that at initial recognition, an insurer, will be required to measure a group of contracts at the total of the amount of fulfilment cash flows which comprises probability –weighted estimates of future cash flows, an adjustment to reflect the time of money and the financial risks associated with those future cash flows and a risk adjustment for non financial risk.

It also looks at the contractual service margin. On subsequent measurement, the carrying amount of a group of insurance contracts at the end of each reporting period shall be the sum of the liability for incurred claims.

Anesu Daka, IFRS expert and Chartered Accountants Academy CEO, said the key impact of IFRS 17 will be on short-term insurance as the standard does define the limits of an insurance contract differently from current practice, such that most insurance contracts become cash upfront contracts.

“This aspect, if properly, applied will wipe the insurance debtors sitting on many short term insurers balance sheets. We have witnessed this in some African markets that we have been assisting with IFRS 17 implementation, like Malawi.

This will also curtail the policy of recording unearned premium reserves on debtors,” Daka said.

“Some big balance sheets full of insurance debtors will be wiped and this calls to proper insurance underwriting practices.

The standard will fundamentally change the practice and how the industry work.”

He said the accounting impact mostly affects the life assurance as IFRS 17 will now provide guidance on how insurance liabilities can be recorded and measured, that is, IFRS now provides the measurement or valuation criteria which was not there in the past.

The practice, Daka said, was that actuaries would carry-out an actuarial valuation and very few if any non-actuaries knew what they were doing since IFRS 4 (current standard) did not have measurement guidance.

“It therefore means that the accountant/auditor now has the final call on the work of the actuary by assessing its adequacy against the new IFRS 17 measurement requirements.

The standard will definitely impact significantly insurance practices as the accounting was mostly based on industry practice in a jurisdiction with the future seeing a more standardised approach as he called for regulators and industry players to be seized with impact assessment of IFRS 17. “We have been privileged to see the impact in other markets that we are assisting in IFRS 17 impact and adoption outside Zimbabwe. The impact is massive as it is also coupled with the adoption of IFRS 9 by insurers,” Daka said.

Zim not open for business 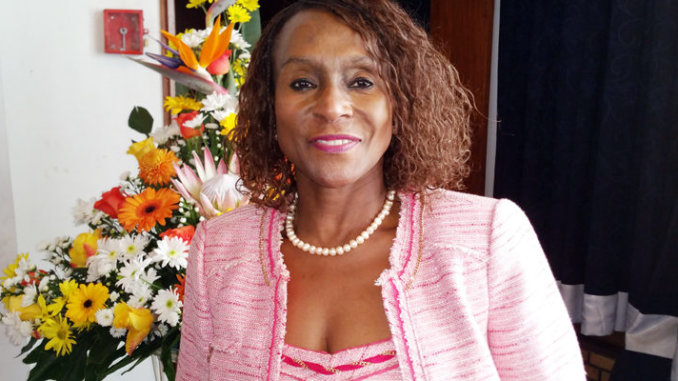 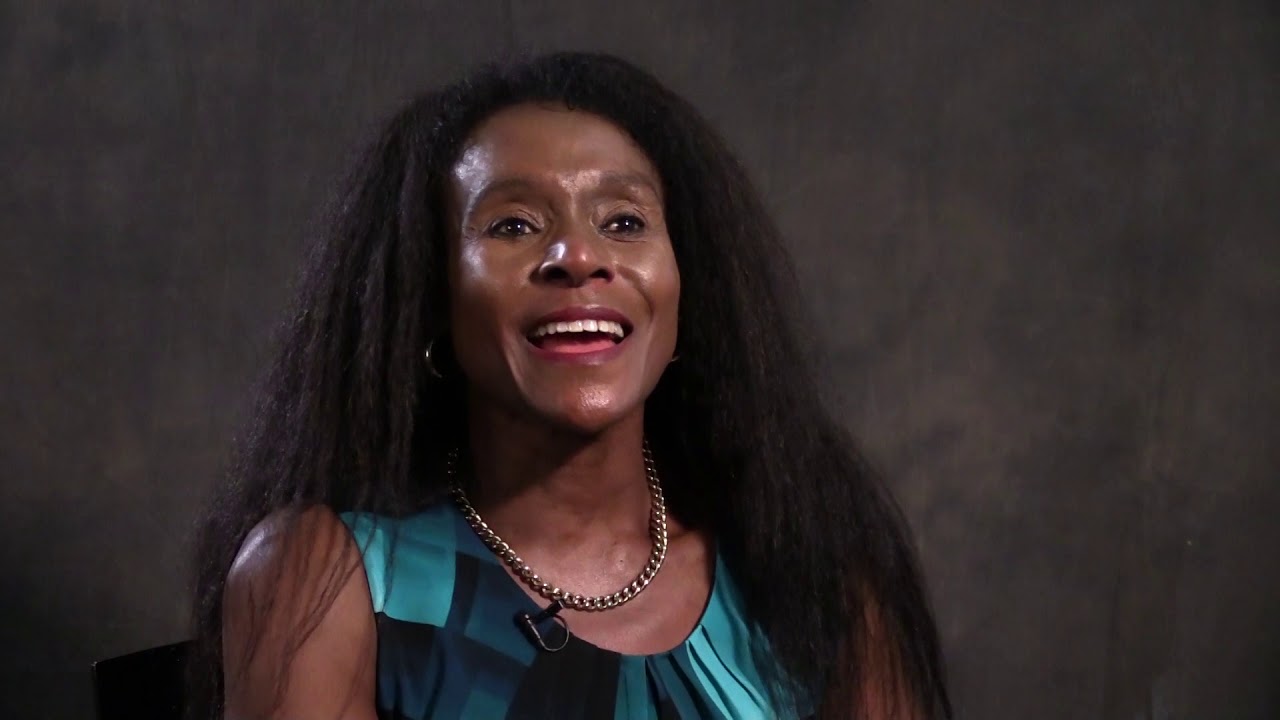