Zimbabwe’s second largest platinum producer, Mimosa Mining Company (Mimosa), suffered a fatal accident on Tuesday which claimed the life of one of its employees.

The accident, the second in nine months, comes despite the company’s commitment to attaining Zero Harm in all its activities.

“It is with deep regret that Mimosa advises of a fatal accident at its mining location in Zvishavane.

On Tuesday, March 24, 2020, Stephen Chizola (41) was barring down in 36 Level North when a rock fell and seriously injured him in the process,” Mimosa said in a statement yesterday.

“First aid was promptly administered and Chizola was evacuated from underground.

Unfortunately, he passed on upon admission at the mine clinic.”

The company said a full investigation is now underway to determine the exact circumstances surrounding the accident.

“He leaves behind four children. The Mimosa board, management, and staff would like to express their deepest and sincere condolences to Stephen’s family, his relatives, and friends,” the platinum miner said.

“Mimosa continues to urge all employees to exercise maximum diligence and reiterates its commitment to attaining Zero Harm in all its activities.”

Addressing media after a ground tour of the company late 2019, Mimosa general manager Alex Mushiniwa said safety was at the core of the company’s operations with deliberate efforts to ensure there is no repeat of fatal accidents or incidents at the company. 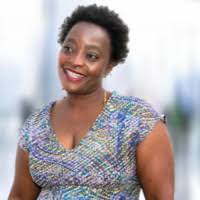