Government will borrow ZWL$30m from the domestic market to finance its programmes in a second auction system which is more market-oriented and improves the process of price discovery and better pricing.

With no budgetary support, government has relied on the debt instruments to fund its capital projects and social spending.

In a notice yesterday on the issuance of 91-day Treasury Bills, the Reserve Bank of Zimbabwe said applications must be for a minimum of ZWL$1m and the number of bids per investor restricted to two.

“The Reserve Bank of Zimbabwe hereby invites commercial banks and building societies registered in Zimbabwe, POSB and IDBZ to subscribe to Treasury Bills amounting to ZWL$30 million,” it said.

The offer opened yesterday and closes today. Allotment and payment will be done today.
The commercial paper enjoys prescribed asset and liquid asset status, is tradable and enjoys tax exemption. It is acceptable as collateral for overnight accommodation by the central bank and allotment will be at weighted average rate.

The growing needs have meant that government revenues are not enough.

This has left government to borrow from the domestic market and from the central bank. The issuance of Treasury Bills has been blamed for crowding out the private sector amid revelations that banks were turning to the government paper instead of lending to the productive sectors of the economy. By end of August last year, Treasury Bill issuance raced to a cumulative US$7,6 billion from US$2.1 billion in2016. TBs to GDP ratio spiked to 36.5 percent by end of August last year from 4.4 percent in 2014.

Finance and Economic Development minister Mthuli Ncube is reforming government finances and has resolved that Treasury will seek to finance government’s socio-economic development programmes by use of instruments that “crowd in” the private sector “including public private partnerships or government guarantees to financial
institutions”.

Government has also been borrowing from the central bank and breaching the prescribed central bank overdraft limit by several billions to fund its operations. Last year, the overdraft was ZWL$3 billion which was 55 percent of the previous year’s government revenue in violation of Section 11 (1) of the Reserve Bank Act (Chapter 22:15) which states that borrowing from the central bank should not exceed 20 percent of
the previous year’s government revenues at any given point.

Recently, government converted more than ZWL$3bn overdraft with the Reserve Bank of Zimbabwe (RBZ) to a long term bond.

Ncube has been promising belt tightening to uphold the statutory lending limits.

In a Memorandum of Economic and Financial Policies that supported the need for an International Monetary Fund’s Staff Monitored Programme on Zimbabwe, Harare said it will restrict lending from RBZ to 5 percent of previous year’s revenue as it moves to contain fiscal deficits.

It said RBZ will not increase its net exposure to the government for the duration of the SMP and that it will convert the stock of RBZ lending to the government at end-December 2018 into marketable debt instruments that the central bank could use for its monetary policy
operations.

Majuru resigns as ZTA board chair in corporate governance protest 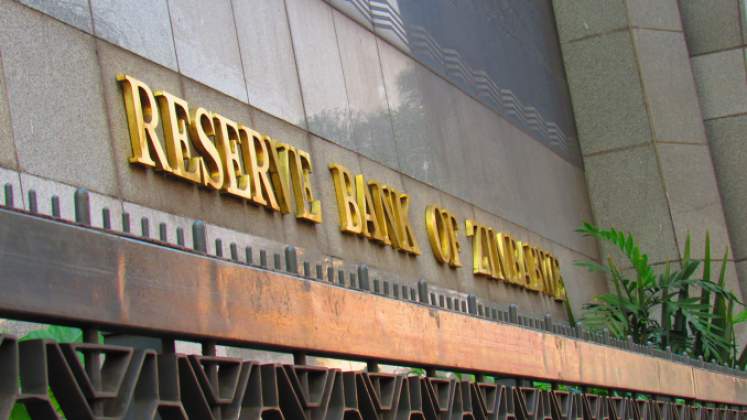