Falcon Gold’s troubles have deep­ened, largely due to a significant exposure in foreign exchange risks, resulting in its net loss widening by 1,519% in the six months to March this year.

In its latest financial results, pub­lished last week, the net loss of the crisis-hit resources concern (popu­larly known as Falgold) widened to ZWL$27.2m during the reviewed period, up from the ZWL$1.7m re­corded in the same period last year.

It also suffered a ZWL$24m for­eign exchange loss, which contrib­uted significantly to the company’s massive loss. Foreign exchange gain or loss occurs when a company or a person sells goods and services in foreign currency. The value, when converted to the local currency of the seller, varies depending on the prevailing exchange rate.

In Falgold’s case, it recorded a negative working capital, meaning the company incurred a large cash outlay or a substantive increase in its accounts payable. This is a cause for concern because it is a warning sign that Falgold is struggling to make ends meet and have to rely on bor­rowings or stock issuances to finance its working capital.

Which means the operational sit­uation of Falgold is dire. There is also a negative equity of ZWL$44.4m during the period under review. Ac­cording to financial analysts, Falgold might not survive as a going con­cern if solutions are not immediately found to its problems.

Its operating loss stands at ZWL$3.1m, a 75% increase from ZWL$1.8m recorded in the compa­rable period last year.

Production costs increased by 4% to ZWL$5.2m during the period under review, from ZWL$3.7m in prior year.

Revenue, however, went up by 10% to ZWL$2.8m in the reviewed period, from ZWL$2.6m in the pri­or period. This resulted in a gross loss amounting to ZWL$2.4m, com­pared to ZWL$1.1m in the same period last year, reflecting a 113% increase.

During the period under review, gold production went down by 71 ounces to 1,849 ounces, compared to 1,920 ounces produced in the same period the previous year.

Administration costs went up by 46% compared to the same period in the prior year.

The company is still struggling to operationalise its main mill at the Golden Quarry Mine. Power sup­ply was also terminated by ZETDC, compounding Falgold’s problems.

Saunders said the company was evaluating various options to deal with the situation. Discussions be­tween the company and its parent company are underway.

Falgold’s shares were suspended from trading on the Zimbabwe Stock Exchange in February this year, after it failed to finalise its Sep­tember 2018 financial statements on time. Saunders said the company would launch an application to re­sume trading of the shares.

CABS to plough over ZWL$150m into agric 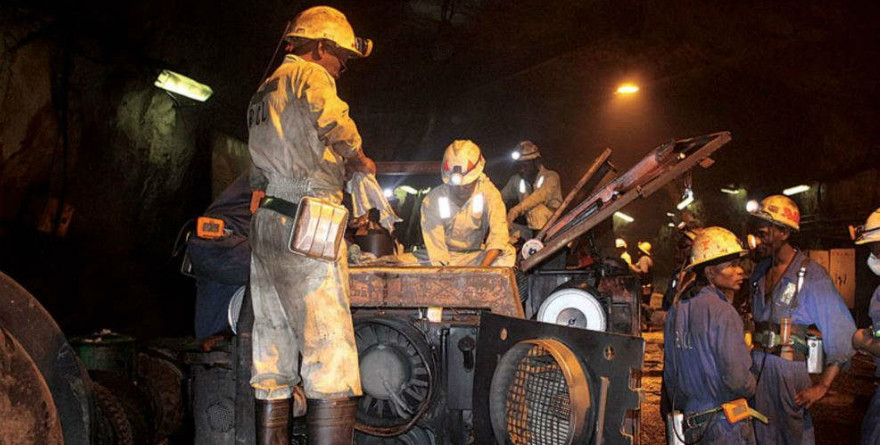 Falcon Gold in financial distress as loss widens to $4,8m