The semi-circle coffer dam is to be constructed upstream from the tailraces where the water re-enters the Zambezi River after having passed through the power-generating turbines.

The Kariba Dam was constructed across the Zambezi River between 1956 and 1959 and has been central to regional energy security and economic development ever since. It is however in need of rehabilitation to ensure its continued safe operation.

Looking downstream, the coffer same will be built between the tailraces on the north and south banks (Pic: Arjan Goossens) 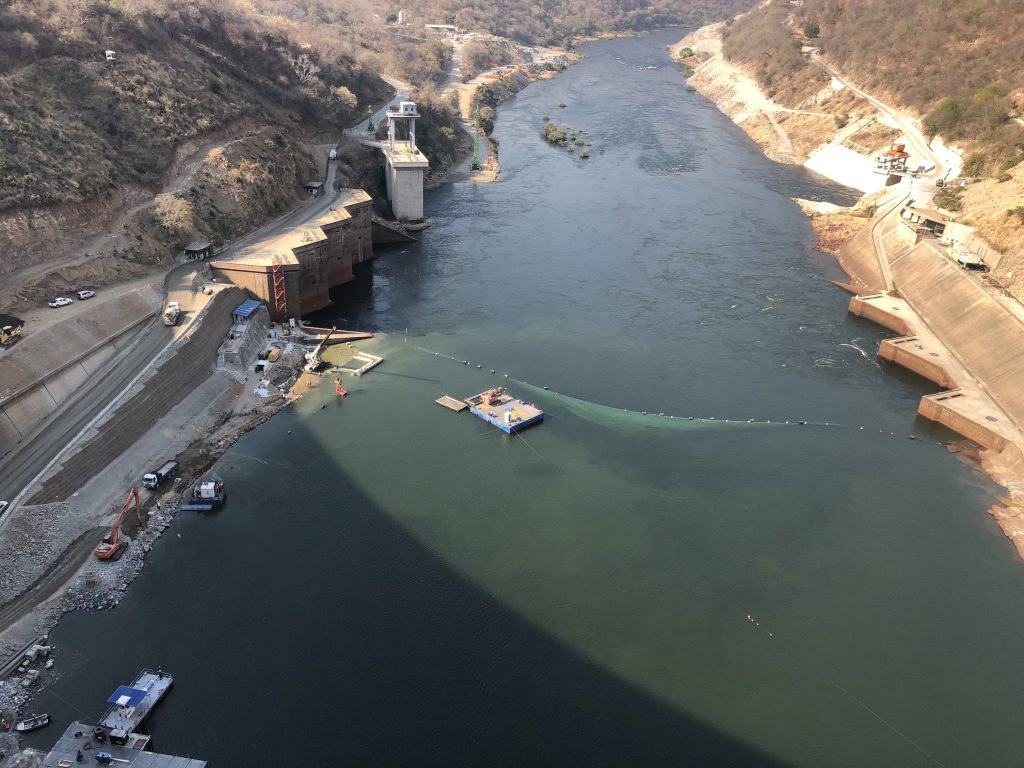 Specifically, the rehabilitation works for the reshaping of the plunge pool will include the construction of a cofferdam, the consequent reshaping of the dam’s plunge pool in the dry through excavation operations using the drill and blast method, the removal of spoil to designated dumpsites, the installation of required monitoring instrumentation, construction of a concrete fault protection slab and related works, construction of a new permanent access road behind the north bank powerhouse outlets and associated studies, designs and monitoring activities.

The construction of the coffer dam will take a year to complete after which the plunge pool will be drained intermittently and “reshaped” through control explosions, which will see the excavation and removal of more than 300,000 cubic metres of rock over a 260 day period.

The work is being undertaken because water from the spillway does not dissipate efficiently as a result of the shape of the 86 metre deep plunge pool hole, which could in years to come destabilise the wall.

The three year project to reshape the plunge pool is a world first, according to Goossens, as no similar project has ever been undertaken anywhere on the globe.

The docks on the north bank nearing completion. The coffer dam will be built just to the right of the crane shown (Pic: Arjan Goossens)

Razel-Bec, the civil engineering division of the Fayat Group, are the lead contractors on the €49.2 million project, having been appointed by the National Authorising Officer of the European Development Fund on behalf of the Zambezi River Authority.

The pusher boat, which was built by KB Engineering of Kariba, has two 240hp inboard motors linked with 2 NamJets.

When the cofferdam is complete around December 2019, the pool will be drained at a rate of eight metres a time, during which there will be a week of controlled explosions to be undertaken by Razel-Bec’s subcontractor EPC Groupe.

The specialised detonations will be closely monitored by nine seismographs around the plunge pool. Because of seismic restrictions, the rocks that will be created will not exceed 80cm in size. 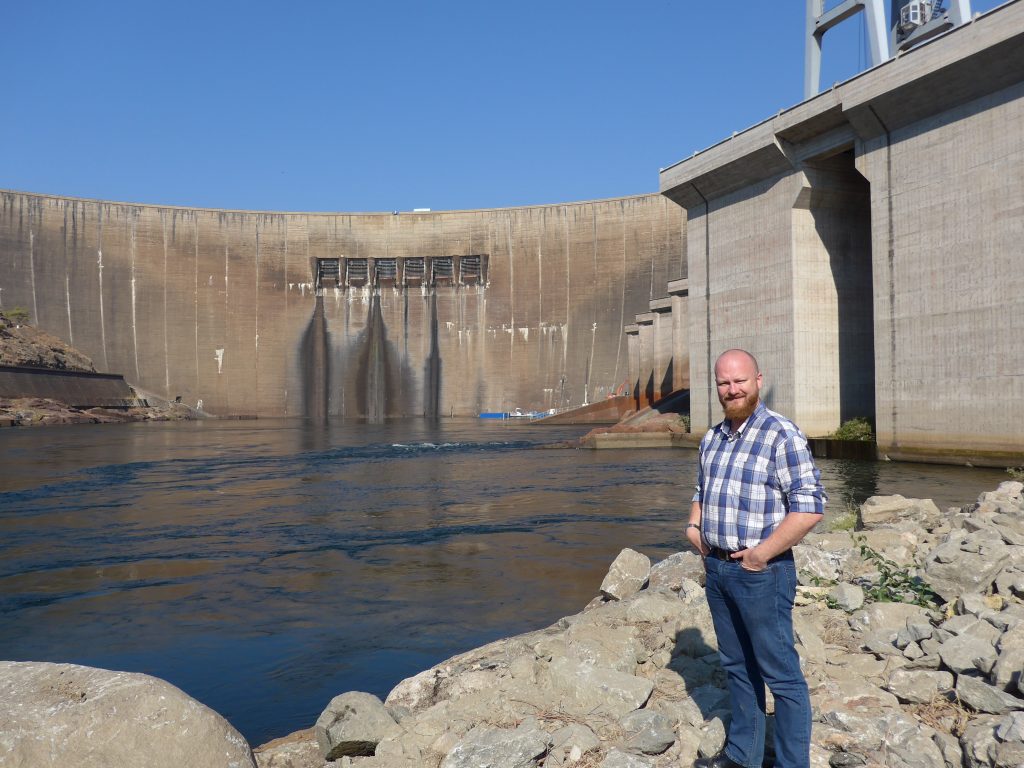 When the plunge pool has been pumped dry, Razel-Bec will then drill metallic anchors into the fault that lies below the wall. The fault will then be covered with a protective layer of 7,000 cubic metres of concrete. At the current rate of progress, the project will be completed around September 2021.

There has been a slight delay to the project because during the building of the access road to the site, weak ground was encountered above the tail races of the first generators installed on the North Bank, where Razel-Bec has its construction camp. The ground will need to be secured to allow access for trucks to excavate rubble from the plunge pool.

“Lego” blocks being moulded for use on the coffer dam (Pic: Colin Gondo) 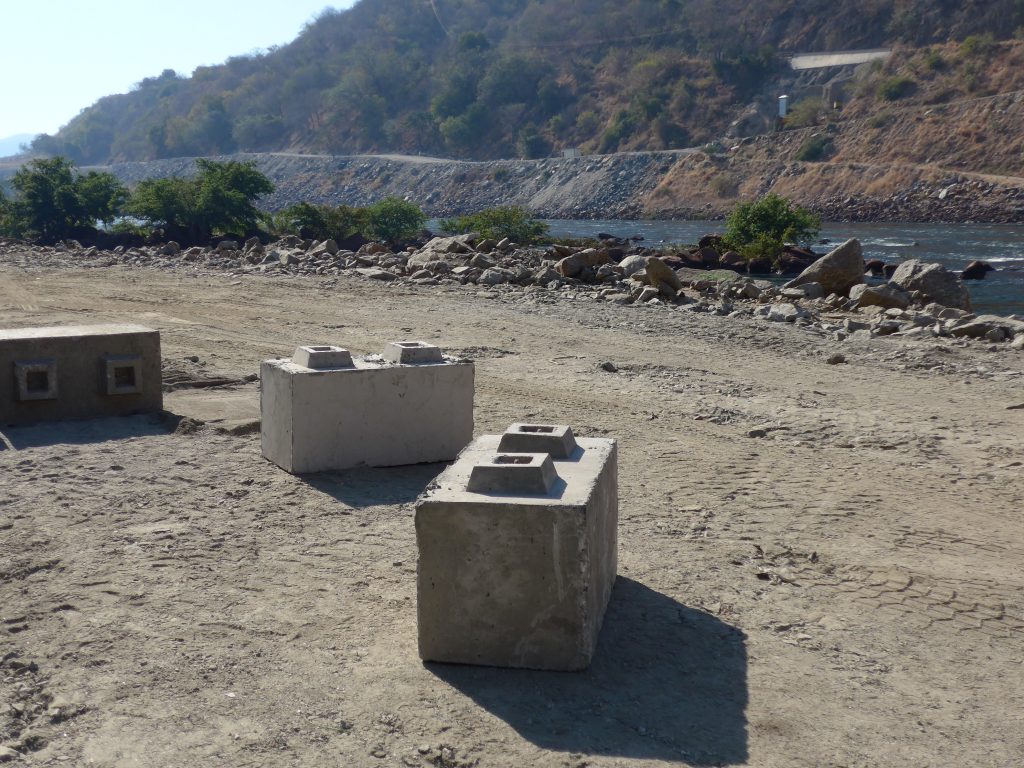 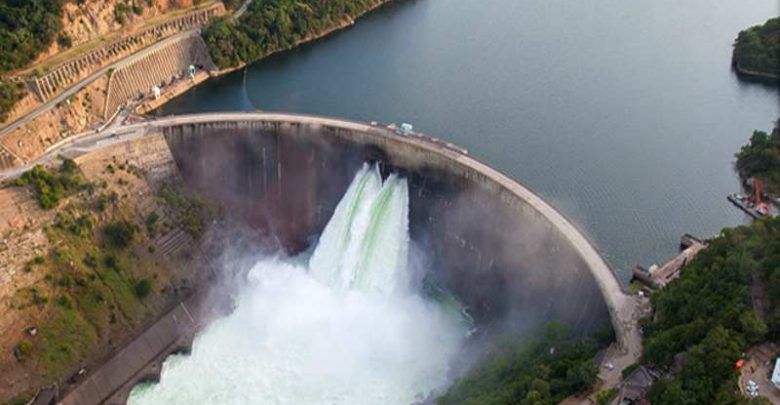