A proposed plan by Western diplomats to forge a coalition government between Zanu PF and the MDC Alliance now hangs in the balance as intransigence takes centre stage after the alliance leader Nelson Chamisa demanded that president Emmerson Mnangagwa makes a formal request to him.

British ambassador to Zimbabwe Catriona Laing on Tuesday met Chamisa in the capital where they discussed several issues ranging from possibilities of forming an inclusive government to electoral reforms.

The meeting which was held at Chamisa’s law chambers and lasted for one hour came after the Constitutional Court last Friday upheld Mnangagwa’s presidential election victory which was being challenged by Chamisa. Mnangagwa who was sworn in on Sunday won 50,8 percent of the vote against Chamisa’s 44,3 percent.

Concerned with the violence that broke out after the July 30 elections and the growing political tension in the country, Western diplomats initiated negotiations between Chamisa and Zanu PF to reduce political tensions.

The diplomats were also understood to be pushing for a UK-Style parliamentary opposition structure “to promote democratic values” in the country, sources said. The diplomats, according to sources, contend that apart from dealing with the simmering political tension, the measures would strengthen Zanu PF’s rhetoric that Zimbabwe was now transforming into an investor-friendly and democratic nation after the resignation of long-time leader Robert Mugabe last November. A record 23 presidential hopefuls contested in the country’s first polls since Mugabe left.

Sources privy to Tuesday’s meeting told Business Times that Laing, during the meeting, asked Chamisa if he was amenable to the idea of being part of an inclusive government with his rival.

“Chamisa said he had no problems with being part of a new government but he wanted Mnangagwa to formally reach out to him,” a diplomatic source familiar with the meeting said.

“Chamisa demanded that if the coalition was to be formed, its main mandate was to reform the electoral processes in the country before calling for fresh elections once the system is overhauled. He argued that Zimbabwe is in a crisis and there is need to conduct credible elections once reforms are undertaken.”

After his election, Mnangagwa said he was ready to work with the opposition to help this country grow. Zimbabwe’s economic growth has been slowing down since 2013 due to limited investment inflows and unfavourable policies. Mnangagwa is yet to form his post-election cabinet amid the unfolding political developments.

Hawkish Zanu PF members, according to party insiders are however rejecting the proposal to form the coalition saying the ruling party has control over Parliament. Zanu PF won two thirds of the 210 House of Assembly seats.

Chamisa confirmed meeting Laing on microblogging website Twitter. He however could not divulge more on the developments on the meeting.

National chairman Morgen Komichi said the MDC has softened its stance and has mandated its President Nelson Chamisa to engage other political stakeholders, including ZANU PF, to resolve the impasse created by the just-ended elections.

“The national council has mandated President Chamisa to engage in a limited dialogue with all political stakeholders to resolve the disputed elections and we have also asked him to have a twoweek period where he will engage party members countrywide consulting on the way forward.”

The party also recommended the full integration of all MDC Alliance principals and their members into their party. These include Welshman Ncube and Tendai Biti among others.

The call for dialogue among political players comes at the back of simmering divisions within the party following its electoral loss. It is understood that Chamisa was adamant that he would not engage Mnangagwa for a Government of National Unity (GNU) as he had won the elections. However, some party members felt that joining hands with Zanu PF in government would improve the lives of citizens.

“Some of us are looking at the time of GNU and it worked well for the country and the party. If we remain outside the government, we are not going to make any political impact and do justice to our millions of supporters,” an MDC Alliance legislator told Business Times.

Canada, a strong ally of the United States this week said dialogue and reform could take Zimbabwe forward following the July 30 elections.

“All political parties campaigned on platforms which acknowledged the need for a process of ongoing reforms including political, electoral, human rights and economic reforms,” the Canadian embassy in Zimbabwe said in a statement.

“Indeed, all observer missions, domestic and international, have pointed to the need to rectify a number of systematic challenges to the electoral process, and we call on the new government to move quickly to formulate a plan to identify and enact reforms based on discussions with all Zimbabweans.”

The European Union (EU) also demanded government to be accountable for last month’s shooting in which six people died during violent clashes between MDC Alliance supporters and security services.

“The recent increase in politically-motivated human rights violations, including some acts of post-electoral retribution is unacceptable”, said the regional bloc in a statement.

“All cases need to be investigated and perpetrators brought to justice. The fundamental rights of all citizens need to be respected and the physical integrity and safety of the victims and witnesses protected.” 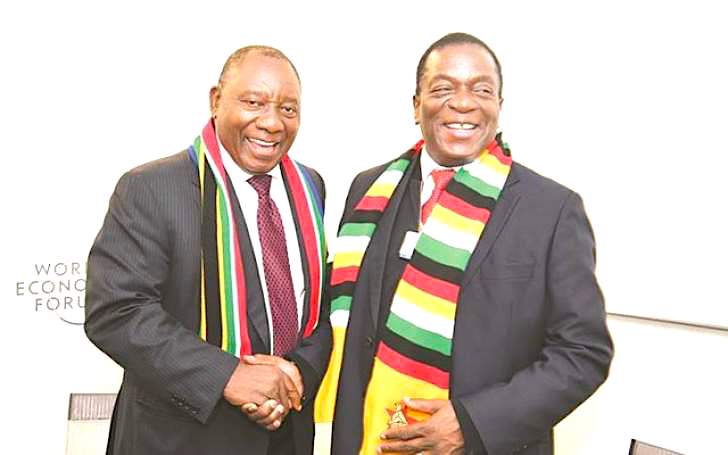