In his response to questions from legislators at a pre-Budget seminar last week, Ncube said that bids submitted by eight ministries— Defence, Health, Home Affairs, Agriculture, Industry, Local Government, Transport and Labour and Social Welfare—totalled ZWL$112bn which far exceeds the total resource envelope for 2020 of about ZWL$36.5bn.

As bids far outweigh proposed allocations, at initial stages, Ncube has no option but to rationalise spending in the 2020 National Budget given that the cake is not growing and could only shrink. The two ministries of Defence and Home Affairs said they require a combined ZWL$57bn for 2020, but Treasury proposes to allocate a paltry ZWL$2.5bn leaving a huge gap that is only expected to grow in local dollar terms due to inflation.

The challenges do not stop rising demands. Health workers have been for long striking demanding better working conditions while teachers and the rest of the civil service have threatened a go slow over unfavourable wages.

This puts more pressure on the budget and is an unhealthy picture given our history of budget overruns has been largely to fund civil service wages which at one point gobbled 98 percent of the budget. It is quite critical for Ncube to abstain from populism stances of throwing cash at the civil service or causing the printing press to run non-stop and further weaken the local dollar.

Reckless moves will have far devastating effects given that Zimbabwe’s economic tailspin is becoming more pronounced by the day and looks destined to lurch into unprecedented levels as revenue collections remain far below funding requirements. Key economic drivers are underperforming.

Farmers have been hard hit by inflation to a point they are struggling to buy inputs that have gone up astronomically compared to prior season. In 2019, tobacco farmers delivered 259.3m kg to auction floors, worth US$526.6m compared to 252.6m kg which earned US$737.4m last year.

Tobacco is suffering from pricing as the quality of the crop diminished due to high costs of inputs and raging cartels that are manipulating prices. Gold miners, who are getting half their money in foreign currency, are also singing the blues and turned to the more lucrative black market at the expense of national coffers.

For an economy largely dependent on gold and tobacco foreign receipts as well as diaspora remittances — to pay for its critical energy, health and food imports — Zimbabwe is in a quandary as these major exports underperform. Latest figures show foreign receipts for the nine months to September fell 9 percent compared to same period prior year.

In the absence of meaningful budgetary support from grants and the so called bailouts, the economy is in a rut and seemingly sinking deeper. The real solution lies in growing the cake through production, ensuring the growth reaches citizens so that they have spending power.

Other moves are sadly low hanging fruits such as confidence building. There is need to walk the talk on reforms and remain consistent in terms of policy instead of pronouncing thousands of Statutory Instruments in a single year.

Currency, stability critical to dealing with runaway inflation should be achieved and this is a starting point. Unfortunately, some of the solutions are outside Ncube’s purview. Faced with these challenges, the finance minister requires fiscal marksmanship to sail through.

... after powering Boks to win the World Cup 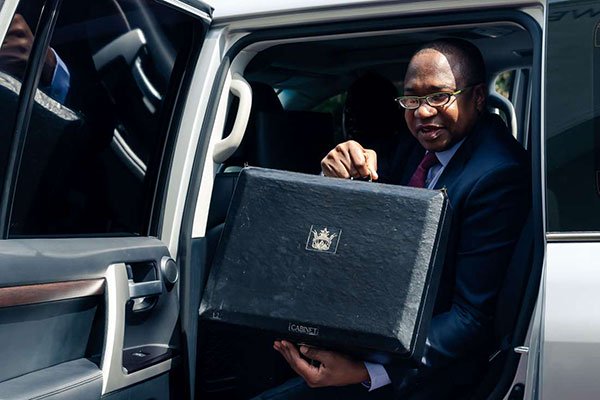