Zimbabwe’s inflation rate is seen reaching record levels in October after massive price increases on basics and major consumer goods of as much as 300 percent in the past few days.

In the month of September the country’s annual inflation hit an all-time high of 5,39 percent since introduction of the multiple currency regime in 2009.

The annual inflation has been on an upward trajectory since the economy came out deflation in February 2017 due to foreign currency shortages that saw the resurrection of the black market for currency.

Foreign currency shortages late 2016 saw unscrupulous dealers charging a 5 percent premium on clean $100 bills before foreign currency became fully commoditised on the parallel market. With the commoditisation of foreign currency and growing premiums as supply remained short of demand in an economy that is a net importer, prices of goods also went up with inflation steadily growing by small margins to reach 3,5 percent in January 2018.

The inflation rate has largely not been reflective of the obtaining picture on the ground as prices of non-essentials which are not part of the food basket have more than doubled. These non-essentials which are mostly imports are consumed more by the higher income earners, giving rise to calls for introduction of two inflation indices- the lower and upper income inflation indices. Government avails foreign currency for basics such as cooking oil, and fuel under the Reserve Bank of Zimbabwe priority top list thereby keeping the prices of these commodities down.

However, the higher income bracket of the economy has felt a huge knock which in the past few days dramatically spread to the entire nation.

Non-alcoholic beverages are being limited to two per customer and available on the parallel at double the price while transport fares have gone up by 50 percent in the past week.

Fears remain inflation will reach record levels in the coming month and could spiral further in the absence of feasible and practical solutions to the crisis.

Premiums on foreign currency went up from 10 percent early 2017 to 20 percent before reaching 50 percent. The premiums briefly shot to above 90 percent November 2017 before the ouster of Robert Mugabe and soon dropped on the appointment of the new administration led by President Emmerson Mnangagwa.

The rates have been fluctuating and recently breached the 100 percent mark to average 180 percent before peaking to 800 percent on announcement of a 2 percent transaction tax, coupled with fuel and cooking oil shortages that triggered a wave of panic spending among consumers.

Government pumped in basics, which however remain in short supply, forcing the rates to drop to about 200 percent but they were creeping back to 400 percent by end of day yesterday.

Zimstat said the year on year inflation rate for the month of September 2018 as measured by the all items Consumer Price Index (CPI) stood at 5,39 percent, gaining 0,6 percentage points on the August 2018 rate of 4,83 percent.

“This means that prices as measured by the all items CPI increased by an average of 5,39 percent between September 2017 and September 2018,” Zimstat said. The year on year food and non-alcoholic beverages inflation prone to transitory shocks stood at 7,94 percent whilst the non-food inflation rate was 4,20 percent.

Chin’ono’s ‘State of Mind’: A window into a locked room of our society

King Dollar reigns, that is why KFC closed shop 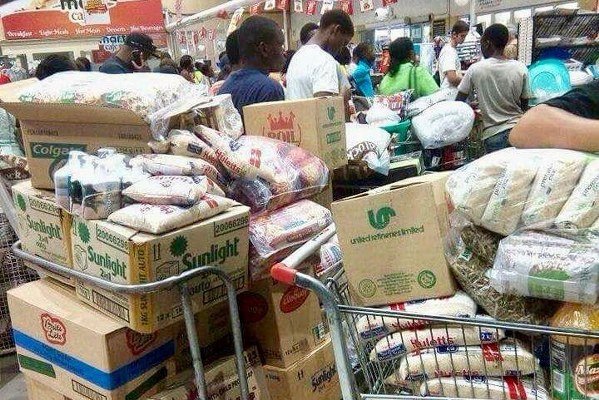