Over the last few years, entrepreneurs, multinationals, governments, and telecom companies have waded into the sector with the aim of building African-made handsets that will challenge for market share with the likes of Transsion, Apple and Samsung.

Countries including Egypt and Kenya, and companies like Africa’s largest mobile network operator, MTN, and startup Onyx Connect have either announced plans or launched their own homegrown phones.

The pan-African investment group, Mara, has also received backing from the African Development Bank to develop a high-spec smartphone that will primarily serve African markets with the aim of eventually exporting to Europe.

By tapping into the growing African mobile phone market, stakeholders hope to provide affordable, data-enabled devices, with specialised operating systems, access to popular social media apps and longer battery life – in short, a phone made in Africa by Africans and for Africans.Investing in mobile technology in Africa could be prudent, given unique mobile subscriber penetration in the region, while rising, was still just 44% by the end of 2017, well below the global average of 66%. Across Africa, the mobile phone is also more than just a communications device: It is a mobile wallet, a vital tool to access innovation from health and education to farming expertise and government services, and a transformative outlet credited for facilitating poverty alleviation. So, in part, various stakeholders are moving into making phones in order to scale the next round of growth, which will be concentrated in rural markets and among younger demographic groups.

But as the race intensifies among nations and companies, it is unclear if locally-made phones can really gain traction. Yes, says Kamau Gachigi, who heads the Nairobi-based makerspace Gearbox. The caveat, he adds, is that governments need to focus less on the end-product and more on building processes that could support and spur more products and ecosystems.

By tailoring mobile designs to specific contexts, say, rural people, governments and companies “would find that they would have a lot more output, a lot more impact, a lot more citizen engagement of high value.”

But even then, developing a business case and establishing a captive market might prove easier said than done. Governments, for instance, could mandate that their phones be used or purchased by public servants. But that wouldn’t take away the threat posed by dominant firms like the Shenzhen, China-based Transsion, which leads Africa’s phone market share. Mark Kaigwa, founder of the Nairobi-based tech research company Nendo, says any pronouncement that doesn’t take into account the existence of dominant manufacturers like Transsion, Samsung and Huawei will only prove to be a “romantic” idea.

To probably cushion themselves, SICO, the Egyptian firm behind the 4G-enabled smartphone Nile X, and MTN, have both partnered with Chinese tech companies to manufacture their phones.

Nations should not also look to making their own handsets as a way to circumvent the hard work of building adequate infrastructure, says Kaigwa.

Creating the right regulatory environment for new business models to be tested, encouraging private-public partnerships to thrive, and paying deliberate attention and not just lip service to research and development will remain crucial.

Gachigi, an evangelist for makers, says it’s important that different stakeholders in Africa are paying attention to mobile telephony and want to become attractive exporters instead of net importers. It is important, he says, that Africa partake in the fourth industrial revolution and not sit back to see the opportunities driven by others.

“I don’t buy the whole idea that if you don’t have some advantage, don’t try.” – Quartz

It’s all in a Wish 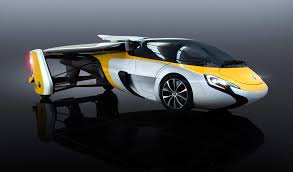 Enter the dragon: The rise of China