Morgan &Co Research has been consistent in its commentaries that the stock market in Zimbabwe is looking cheap. Of course, there has been some
significant changes in economic fundamentals.

The official exchange rate has moved from 1.0 against the USD to c15.6.This suggests that market capitalisation in USD terms has declined. Another phenomenon is that liquidity constraints on the local market have led to sessions of limited buying activity.

Foreign investors have also been exiting the market given a plethora of risks (political, foreign exchange, consumer sentiment and repatriation
risks). We think the Zimbabwe Stock Exchange (ZSE) has proved to be a good barometer of economic developments in Zimbabwe given that the current recession (Forecasted GDP Growth of -7.1% in 2019) coincides with a significant slump in market capitalisation to USD1.9bn as illustrated below.

We highlight that the ZSE market capitalisation has averaged US$3.8bn over the past 8 years since 2010, implying that the market has halved to
US$1.9bn. Generally, recessions occur when there is a slowdown in spending. Businesses become more cautious in their hiring and workers spend less implying a fall in aggregate demand

However, the fact is that there is nothing structurally broken about the economy when this happens; factories are still in place whilst workers
have the same skillsets. Further, there has been no fundamental changes
in company business models.

This suggests a perfect time to BUY into distressed companies, special situations and underpriced stocks. The bottom line is that Zimbabwe has just got cheaper, and value-scavengers should move in. BUY the ZSE!

It is about charity 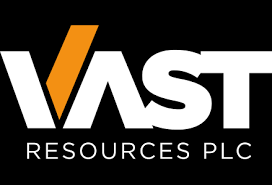