The ruling Zanu-PF and the opposition MDC-Alliance have been rocked by infighting as members accuse each other of being sell-outs amid warnings by analysts the divisions will cripple operations of the two political parties.

The infighting is said to have unsettled both Zanu-PF and MDC-Alliance leadership which has told those found on the wrong side that they risk losing their positions.

Representatives from both parties confirmed this week they are hostilities within their respective structures adding that leaders were battling to contain the situation.

Matemadanda said they were deviating from core principles and the party, adding they were investigating the matter as this was giving the party a bad name.

“We are having problems with party members accusing each of belonging to the G40 faction during the election time without basis and we are investigating the cases, “ Matemadanda said.

The problem was more pronounced in the just ended District Coordinating Committee nominations.

The ruling Zanu PF has since disqualified over 3,000 members who wanted to contest in the elections.

They are fears within Zanu PF that expelled G40 members, now exiled, are plotting against President Emmerson Mnangagwa’s administration.

Mnangagwa reportedly confirmed the fears during a recent Politburo meeting.

In the MDC Alliance led by Nelson Chamisa, accusations are also being thrown against each other.

Some senior party members are being accused of being ‘sell-outs’ and of belonging to the MDC T led by Thokozani Khupe.

“We want unity in the party and members should avoid calling each other as working for MDC-T party as it is causing problems,” Hwende told Business Times.

He added:“We know that this is the work of other political parties wanting to destabilise us and we are now investigating the allegations that our senior party.”

Political parties go all out campaigning for by-elections 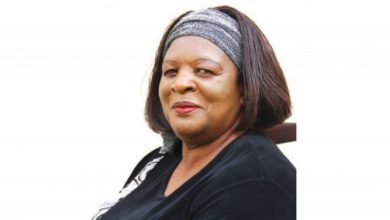