In 2004, the National Aeronautical and Space Administration (NASA) of the US studied 19 airline accidents from 1991 to 2000 that were attributed to crew error. The study found that almost half of the accidents involved plan continuation bias, that is, pilots encountered unexpected bad weather conditions but decided to continue the fights anyway rather than change course.

Social scientists describe plan continuation bias as the tendency of people to continue with an original course of action that is no longer viable.

It is not just airline pilots who suffer plan continuation bias: business and civic leaders, bus drivers and even your favourite politicians can be afflicted, and with deadly consequences.

President Emmerson Mnangagwa is, to the entire Zimbabwean family, like the nation’s pilot or driver. His decisions, good or bad, equally affect those who like and vote for him and those who don’t. Mr. Nelson Chamisa leads the biggest opposition party and is the pilot or driver to the entire MDC family, at the very least. He, too, is prone to plan continuation bias.

In the middle of the euphoria that gripped the nation when President Mnangagwa came to power in November 2017, he clearly indicated he would engage the US to have the sanctions lifted. Two years down the road, at least two top officials of his government have been added to the US sanctions list, and these include state security Minister Owen Ncube and Ambassador to Tanzania, Rtd. Brigadier-General Anselem Nhamo Sanyatwe. This happened despite our government having paid millions of US dollars to lobby firms such as Ballard & Partners.

Each door that Zimbabwean authorities have knocked on, the Americans have slammed it back in our face and bolted it from inside. Those millions of dollars given to lobbyists would pay civil servants salaries, feed thousands of hunger-stricken folks and ensure we have enough electricity to support the productivity sectors, surely?

The Political Actors Dialogue (POLAD) has been convening for close to a year, bringing together about 17 presidential candidates from the 2018 elections. It probably gives good optics that “something is happening up there”, but how has POLAD helped cool off political tension that is now so thick you can cut it with a knife? Has POLAD tamed run-away inflation, improved the lot of ordinary Zimbabweans or brought hope for a better future for us all? At what cost should such dialogue continue in its current composition and format, and to whose benefit?

Plan continuation bias afflicts the opposition as much as much as it reigns supreme in the ruling party. Years of street protests bring nothing to the MDC family except arrests of activists, crackdown by police and conviction of MDC’s ordinary supporters by the courts. The MDC’s big honchos hire the creme de la creme of lawyers and wriggle their way out of trouble time and again. Hundreds of opposition sympathizers are currently serving prison sentences for violently protesting a fuel hike in January this year, yet fuel now costs more in US dollar terms than it did in January.

Has the ill-advised decision to continue snubbing President Mnangagwa and calling him illegitimate changed the Head of State and Government’s stature locally, regionally or internationally? Who benefits, and who loses, when leaders continue hurtling in an original course of action in spite of changed circumstances?

Even Americans, mighty as they are, religiously renew the ZDERA Act every year as if that Zimbabwe sanctions law ever hits the direct pockets of top Zimbabwean authorities. But Americans are the least of our worries, if we can do the right thing.

Plan continuation bias impedes our leaders from recognizing that the current course of action is unhelpful and must be altered for the benefit of all.

Confirmation bias is exemplified by how Zanu-PF quickly references its string of by-election victories as evidence that the party is intact, popular and relevant to the issues of the day. The same party shrugs off the glaring low voter turnout for its candidates in the same by-elections. The same ruling party mischievously labels internal dissent and criticism as “G40 tactics to destabilize the party and the government.”

On the other extreme, the Nelson Chamisa-led MDC dismisses its mounting electoral losses and conveniently blames it on vote rigging, vote-buying, voter intimidation and electoral fraud, even without the slightest of evidence. No thought whatsoever is applied to the absence of MDC structures in the farms and rural areas where over two-thirds of Zimbabwe’s voters reside.

The plain truth is that Zimbabwe’s main political leaders continue getting too far down the wrong roads and are pulling us all in those wrong directions. As that happens, biases keep getting stronger and all form of situational awareness is lost. The leaders become increasingly detached from reality and extremely defensive of their actions, despite no desired outcome being attained.

The hard-core supporters of either party are not spared: political debates on various platform still generate more heat and less light as if we are in election season.

The political intolerance and the taking of entrenched positions recently spilled into Parliament where Zanu-PF legislators embarked on not recognizing the legitimacy of MDC chairpersons of portfolio committees in retaliation.

Perhaps the biggest indication of plan continuation bias is within the Ministry of Finance. Despite mounting criticism from industry and business captains that the “2% tax” is killing business and punishing the poor, Minister Mthuli Ncube finds more justification for the same. His IMF-supported Staff Monitored Programme, which is just ESAP by another name, has made him scrap off subsidies on fuel and even grain when we are in a drought year. The grain subsidy removal has since been overturned by the President, but at great cost to policy consistency.

Authorities recently introduced a new currency but without the backing of an increase in productivity from mines, farms and tourism. The new notes have not tamed inflation as promised by the Finance Minister, neither have they stopped the charging of a premium by mobile money transfer agencies for cash withdrawals.

Little gains are amplified to justify a failing policy, while worrying indicators like the galloping year-on-year inflation figures are actually banned from publication to suppress evidence of failing policy.

Plan continuation bias has brought down many an aeroplane, and is bringing down Zimbabwe. Even experienced drivers have died or caused deaths by driving on despite the urge to pull over and doze off a bit.

It is never too late for our leaders to introspect and change course if policy and strategy are not living up to expectations. We do not have to stop re-engaging any nation, but we surely must stop channelling funds to rich lobbyists in an austerity year at the expense of social safety nets like basic subsidies.

But how do our leaders untangle themselves from this apparent plan continuation bias?

The first and foremost thing is for our leaders to accept they can suffer from plan continuation bias. This helps avoid becoming unnecessarily fixated on “getting there” even when a change of course is the better thing to do.

Secondly, our leaders need to plan policy and strategy with alternatives in mind. This helps take off the pressure of sticking to the original plan when situations have changed or results are not forthcoming.

Lastly, our leaders need to be responsible. Just like the bus driver or airline pilot who has lives of passengers in his or her hands, our leaders have lives and aspirations of generations of Zimbabweans in their hands.

Being a President of a nation, political party or even burial society is an awesome privilege, but the leader must constantly shake off the urge to insist on what is clearly an unhelpful course of action. 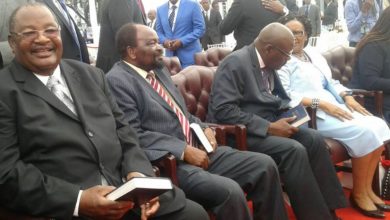 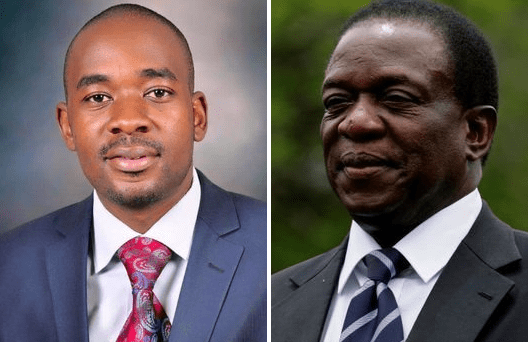