Zimbabwe’s short-term (nonlife) insurance companies have for the first time written more premiums than the direct life insurers largely due to most employers failing to remit employees contributions despite making deductions on their pays lips, Business Times can report.

Gross Premium Written (GPW) by non-life insurers companies including NicozDiamond, Old Mutual Insurance Company, Cell Insurance, FBC and ECGC, for the 12 months to December 31,2019, stood at ZWL$1.375bn, reflecting a 395.71% increase from ZWL$277.35m reported in the in 2018.

The largest sources of business for non-life insurance companies were fire, motor and personal accidents.

The GPW was against more than what the Life insurance companies wrote business. Direct life assurers, which include CBZ Life, Dove, Econet Life, Fidelity Mutual Life, Nyaradzo and ZB Life, wrote business worth ZWL$945m during the reviewed period, reflecting a 122% increase from ZWL$426m in 2018.

The increase in GPW is attributable to the increase in premiums for life assurance products as a result of the exchange rate induced inflation which characterised the economy for the greater part of 2019.

The total business written by short-term reinsurers increased from $116.38m for the twelve months ended 31 December 2018 to $664.90m for the period under review.

As regulators, we say they must come up with innovation,” IPEC commissioner Grace Muradzikwa said.

All 18 non-life insurers reported capital positions which were above ZWL$2.5m during the period under review.

The capital positions were computed without accounting for non-admissible assets as stipulated in Statutory Instrument 95 of 2017.

The minimum capital requirement threshold for non-life insurers was reviewed upwards to ZWL$37.5m.

Out of 18 entities, 11 entities were compliant with the new minimum capital requirement.

“The Commission has engaged the industry players to submit their roadmaps for compliance by 31 March 2020,” Muradzikwa said.

Only one short term insurer and two reinsurers were compliant with the minimum prescribed asset ratio of 10% as at 31 December 2019.

All non-compliant players were advised to submit compliance roadmaps. Total assets base for the short-term reinsurers increased by 54.51% to ZWL$1.13bn during the period to December 31, 2019 from the ZWL$734.37m reported in September 2019.

As at December 31 2019, all the registered short-term reinsurers reported capital positions that were above the minimum capital requirement of ZWL$5m.

However, all the short term reinsurers were non-compliant with the recently increased minimum capital requirement as at 31 December 2019.

The sub-sector recorded net profit after tax of ZWL12.2m during the reviewed period, representing an increase of 522% from ZWL$2m reported for the year ended December 31 2018.

Forensic audit to ‘clean up’ ZCDC 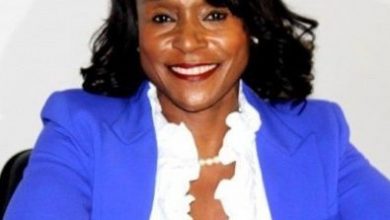