The national executive councils of the two parties have been holding separate meetings to strategise on the way forward following the declaration by the party’s youths wings that the two leaders Chamisa and Khupe must meet face to face to resolve their differences.

One of the main issues being discussed by the respective national executives of the parties is Morgan Tsvangirai House, formerly Harvest House located in Central Harare and the recall of legislators and councillors.

The offices are currently occupied by youths of MDC Alliance and the issue of recalling MPs and councillors.

Khupe has recalled 32 MPs and about 100 councillors countrywide for supporting Chamisa during the course of the year.

One of the contentious issues on the table is re-engagement of party leaders which will result in recognising the 2014 MDC structures set up by the late Morgan Tsvangirai and which will make some of the top leaders in the MDC Alliance redundant including the two vice presidents Tendai Biti and Welshman Ncube.

MDC-T secretary general Douglas Mwonzora said his party leadership had set conditions for re engagement with the MDC Alliance leadership.

“Chamisa and his group have to recognise the Supreme Court ruling and there is no need for the involvement of Biti and Ncube as they were not part of the structures and were leading their parties,” Mwonzora said.

“Chamisa was a member of the national executive.

This must be a starting point and the youths that have occupied the Harvest House have no legal right to occupy the building and must not give any order as we don’t recognise them.

Chamisa and his group must be organising participating at an elective congress as ordered by the Supreme Court not to continue to confuse party members.”

He said the recall of 10 more MPs was in line with the resolution passed by the party of recalling MPs and councillors who were not recognising the leadership of Khupe.

But MDC Alliance secretary general Charlton Hwende said his party was aware of the political machinations being instigated by Mwonzora and Zanu PF to weaken the party.

“We are waiting for the by elections to replace the recalled MPs and councillors and the people will vote for their representatives again and our youths want the party to be united and we can move forward but Mwonzora and his group are working with Zanu PF to destabilise the party,” Hwende said.

Khupe’s bid to bounce back into Parliament together with his other members as proportional representatives this week hit a snag following an urgent court application to stop the process.

Her party also announced the dates for the elective congress slated from 13 to 20 December.

Government also further suspended the holding of by elections to elect new MPs and councillors until Covid -19 recedes. 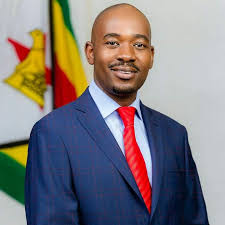