A staggering 210,333 jobs were made redundant in 2019 as local companies threw workers onto the streets in response to the realities of a debilitating liquidity crunch, low productivity, punitive realities of soaring inflation and foreign exchange rate induced losses.

The situation was compounded by a serious crisis of energy calamity. According to the 2019 Zimbabwe National Statistics Agency (ZIMSTAT) Labour survey released this week, company closures and downsizing became the order of the day, throwing thousands of workers onto the streets.

This was meant to cut spiralling costs in a difficult operating environment where high inflation which is rated among the highest in Africa, is ravaging the economy, forcing more companies to downsize or close.

The demise has been accelerated by policy inconsistencies, which have scared away foreign capital.

Companies also lay off staff as demand for products and services weakened with little expectations of a short-term recovery in demand.

As a result, they are taking drastic action to cut costs and rationalise their operations, including closing units and eliminating jobs, throwing thousands of workers onto the streets.

Given the weak economic environment, further impairments are expected. So dire was the situation.

And this is a stark reminder that government should take a bold and immediate action to revive the ailing economy that is deep in recession and still sinking.

The job carnage could turn out to be even worse this year with more jobs expected to melt away.

More employees are expected to be put on the chopping block because of the worsening economic conditions.

In terms of distribution, Harare Province had the highest proportion of the retrenched population at 40.5% followed by Mashonaland West (12.6%) and Mashonaland East (9.6%).

Matabeleland North (2.7%) had the lowest, Manicaland and Mashonaland Central had 8.7% and 6.5% respectively.

Matabeleland South had 3.3% while Midlands had 4.4%, Masvingo and Bulawayo Province had 7.7% and 4.1% respectively.

The proportion of males was greater than that of females in all provinces although this was most pronounced in Matabeleland North where males stood at 94.6% and females at 5.4%. Males make up 71% while females accounted for 29% of the population retrenched.

Agriculture, forestry and fishing accounted for the greater proportion of the retrenched population at 60, 929 employees or 29% followed by manufacturing sector (27, 238 or 13%).

Retail, motor vehicles sectors and construction were next at 24,52 and 20, 020 respectively.

Real estate, insurance and other service activities were the least affected with 511, 465 and 376 respectively. “The 2019 Labour Force and Child Labour Survey (LFCLS) established that a total of 210,000 employees were at one point laid off in the period under review,” the ZIMSTAT survey disclosed.

Of these, nearly 17, 000 persons who were retrenched have become economically inactive.

Hyperinflation has piled misery on companies who are battling for survival following the plummeting of the Zimbabwe dollar fromZWL$2.5: US$1 in February last year to ZWL$42:US$1 this week.

Most companies, according to a recent survey by Business Times, were charging their products in United States dollars.

But, they are doing their receipts and invoices in Zimbabwe dollar equivalent, meaning the government has failed to deal with price distortions on the market.

This is despite the government banning the use of the multicurrency system in June last year in a bid to defend the Zimbabwe dollar.

The economy lurched into a crisis, contracting by about -7% last year, providing the strongest indication of a troubled state of the economy.

The outlook is similarly sombre amid an environment of weak aggregate demand, meaning the recession is expected to continue this year in an economy battered by severe power outages, foreign currency shortages for the importation of critical raw materials, curtailed net capital flows, declining investor confidence, skyrocketing prices, deterioration of local currency value and dented sentiments.

This week, ZIMSTATS, published a much higher and volatile rate of annual inflation than the local economists for the month of February which stood at 540.16%.

The announcement of annual inflation figures was the first time in six months.

This is the highest level in more than a decade.

The last was in June last year, when it stood at 176% after the Finance Minister, Mthuli Ncube banned the publication of annual inflation figure.

It was hovering around 521% in January this year.

Persistent high inflation, which has a regressive effect on companies and on the lower income group of individuals where the majority belong, and currency devaluation have damaging consequences.

But, by measure of Steve Hanke, a professor of economics at John Hopkins University in United States of America, who has a keen interest on Zimbabwe, inflation has surged to more than 1,000%, leading to a fall in real incomes.

A glance at most companies’ recent half year and full year financial results show receding volumes and low profits.

Several companies’ gearing ratios — a measurement of firms’ financial leverage, which is one of the most popular methods of evaluating a company’s financial fitness—were high, more than 60% gearing ratio, meaning that companies are using debt to pay for their continuing operations.

This is dangerous, because companies may have difficulties in meeting their repayment schedules.

Lenders are particularly concerned about the gearing ratio, since a high gearing ratio will put their loans at risk of not being paid. Even heavyweights or conglomerates are battling to extricate themselves from the mess.

Forensic audit to ‘clean up’ ZCDC

Knives out for Komichi 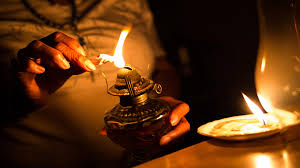