NEARLY 20 years since its adoption by State entities, the results based management (RBM) system has not lived up to expectations, it has
emerged.

Zimbabwe adopted the RBM strategy in 2005, as part of efforts to transform the ailing economy. Government had hoped the RBM would make an impact. But, the approach has dismally failed to produce the required results.

The initiative, which is a powerful tool that can be used to help policy-
makers and decision-makers track progress and demonstrate the impact of a given policy, program or project, came as a result of pressure to reform policies and practices of its public sector.

Government wanted to provide more tangible and demonstrable results. The system or approach has triggered massive growth in other countries across the globe. But it has failed in Zimbabwe due to various factors,
including lack of proper corporate governance structures to support
this system of management, resource constraints and corruption.

Mildred Chiri, the auditor-general told an Institute of Chartered Accountants of Zimbabwe public sector meeting held in the capital last week that the system has not measured up to expectations. She added that government entities were struggling with it.

“It’s a robust system. When it came, we said it’s the new solution. But, over the years doing audit, we found it is a challenge. Various ministries which have implemented it are still finding it as a challenge. We need automation because there is too much data,” Chiri said.

“Performance in the public sector is about service delivery. But, the system has not taken off as expected since 2005 because there is lack of ICT based systems to manage data. Also, there a lot of political issues happening affecting the implementations. There is also lack of resources, ” she said. 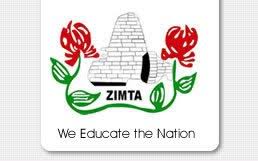 Govt should quickly fix the plunge