Listed financial concern, FBC Holdings, is increasingly tapping into the property sector in order to unlock value and hedge its investments as stocks and fixed-term investments on the money market continue to lose their appeal.

The economy is grappling with foreign currency shortages causing the black market foreign exchange rates to skyrocket to as high as 1:110 for the Zimbabwean dollar against the United States dollar as the local currency continues to lose value.

In a volatile market where the Zimbabwe Stock Exchange companies have been grappling with forex shortages and inflationary environment, a combination of pent-up demand from local home seekers and freed-up land for investments, particularly in peri- urban areas, has created a lucrative investment avenue for banks.

Most local companies, especially banks, are beginning to leverage on their long-term assets to invest in the property sector to keep value of the company. In its financial results for the six months to June 30, board chairman Herbert Nkala said: “The real estate sector remains a viable hedging option given the inflationary environment.”

He said funding remained a challenge as deposits were largely short term at a time the sector required patient and long term funding.

Nkala said activity has largely confined to residential property development at the expense of commercial real estate as occupancy levels have dipped significantly.

“FBC has earmarked this sector as a strategic target in its quest to preserve value and enhance revenues,” he said.

During the period under review, FBC embarked on Kuwadzana housing project where 266 housing units will be completed.

Nkala said the group continued to benefit from its diversified business model in addition to its strong risk management culture and the early adoption of digitalisation in spite of the unprecedented challenging environment ignited by the Covid-19 pandemic.

Profit before tax was ZWL$2.1bn from a loss position of ZWL$380.1m in the same period last year. The group performance was mainly driven by the non-funded income derived from its effective hedging strategy, Nkala said.

The hedging strategy resulted in noteworthy exchange gains and fair value gains being recorded as the local currency depreciated against major currencies.

The group recorded total income of ZWL$3.5bn which is 82% higher than the ZWL$1.9bn recorded for the same period last year.

The level of total net income was however, affected by the low contribution of net interest income as a result of the unsustainable low interest rate regime on local borrowings in a hyperinflationary environment.

Net interest income of ZWL$451.3m was achieved registering a growth of 20% compared to the same period last year.

Net fees and commission income decreased by 16% to ZWL$286.7m from ZWL$340.7m achieved for the same period last year mainly as a result of significant reductions in volume of transactions as customers transacted less as a result of the Covid-19 pandemic lockdown measures.

Net profit from property sales decreased by 51% to ZWL$5.5m from ZWL$11.2m achieved for the same period last year as a result of the challenging and unsustainable operating environment.

The group’s administrative expenses increased by 56% to ZWL$1.4bn mainly driven by the repricing of overheads to match the devaluation of the local currency, and concomitant distorted and speculative pricing.

Banks have turned to property to hedge against inflation.

In a statement accompanying its financial results, ZB Financial Holdings CEO Ron Mutandagayi said the group would in the outlook focus on capital preservation in the wake of a worsening inflation outturn.

The group will in the outlook focus on land bank acquisition to harden the asset base, he said. 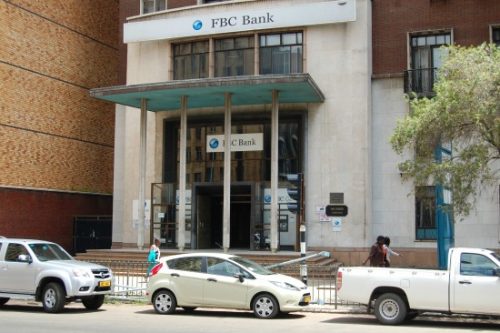