Political bickering over the setting up of an Office of the Opposition leader in Parliament will come to an end as MDC Alliance leader Nelson Chamisa will accept the gesture from President Mnangagwa as he has limited options.

Following the contested presidential election in which the country’s highest court upheld incumbent president Emmerson Mnangagwa’s win, political temperatures rose resulting in post poll violence which claimed the lives of six people. The EU and international community proposed a plan to accommodate Chamisa as the official leader of the opposition to promote the country’s young democracy. University of Zimbabwe lecturer Eldred Masunungure has said MDC Alliance president Nelson Chamisa will eventually accept offer of the “Office of the Opposition Leader” “in a few weeks or months” as he does not have options.

George Charamba, the Deputy Chief Secretary to the President and Cabinet (Presidential Communications) last week said Government was in the process of setting up legal frameworks that allow for the accommodation of the “Office of the Leader of the Opposition”, as part of building institutions of governance in the Second Republic.

This followed the announcement by Mnangagwa during an interview with Bloomberg TV in New York that his administration would soon create a formal “Office of the Leader of the Opposition” in line with Commonwealth practices as Zimbabwe moved towards rejoining the organization.

Charamba said that the creation of that office was not in any way meant to accommodate Chamisa after he lost the July 30 polls but any opposition leader from an electoral process. Charamba said there was need for some legal adjustments to accommodate the office of the leader of the opposition and to define the roles, the obligations and the rules attended on the office of that particular oath.

He said even if the opposition likes or dislikes the move, “we will still have that as a facility which is in our statutes, as a facility which is there institutionally and of course as a facility which is there by way of rules of governance in the country”. But Masunungure differed with Charamba arguing that the initiative was established to “pacify a bitter Chamisa.” “It’s a pretty juicy carrot being dangled on Chamisa following his so called defeat in the recent elections. It is untrue that Mnangagwa is institutionalizing that position without the justification of its origin. If I was ZANU PF, I would project this position as a nation building and national healing answer. It should be attractive beyond materials and unifying. “Mnangagwa is creating a position for someone who is bitter and has not accepted the outcome of an election he won. The fight between these two titans [Mnangagwa and Chamisa] is not good for political stability. It’s a lose-lose situation. So Mnangagwa is preparing for the soft landing for a man [Chamisa] who also does not have an alternative. Eventually they will find each other because they will make attractive offers that Chamisa may not resist. I think in a few weeks or months, Chamisa will eventually succumb,” Masunungure said. However, MDC Alliance deputy president Welshman Ncube says they will not “legitimize” President Mnangagwa by taking the offer because they were “not for sale.” He said MDC Alliance were aware of how ZANU PF wanted to “manipulate the legal instruments in a bid to get legitimacy.”

“The idea is good in principle, especially when we are coming from an election that was not disputed. But in this case we should separate the debate. It is good that a leader of an opposition party with the largest number of seats in parliament be recognized. In principle it is good.

“But then the argument ends there in the current scenario. They [ZANU PF] now want to offer the MDC Alliance this position after a disputed election? We are not for sale. Chamisa will say I will not take it because legitimacy issues cannot be addressed in that fashion. There are contestations around the legitimacy of Mnangagwa after a sham election.

“Sham election in the sense that we went into this election without access to the voter’s roll and the ballot paper. We said we wanted a better voters’ roll, but they refused. You then don’t do a proper election and create a position to entice the aggrieved. No, we are not for sale,” said Ncube.

Zimbabwe wants to adopt the British style of the Leader of Opposition who leads the official opposition in the United Kingdom.

In South Africa, the Leader of the Opposition is a title held by the leader of the largest party, not forming part of the government, in the most important house of Parliament.

He or she acts as the public face of the opposition, leading the official opposition shadow cabinet and the challenge to the government on the floor of Parliament. They thus act as a chief critic of the government and ultimately attempt to portray the opposition as a feasible alternate government. The current Leader of the Opposition in the National Assembly in South

Africa is Mmusi Maimane, leader of the Democratic Alliance. 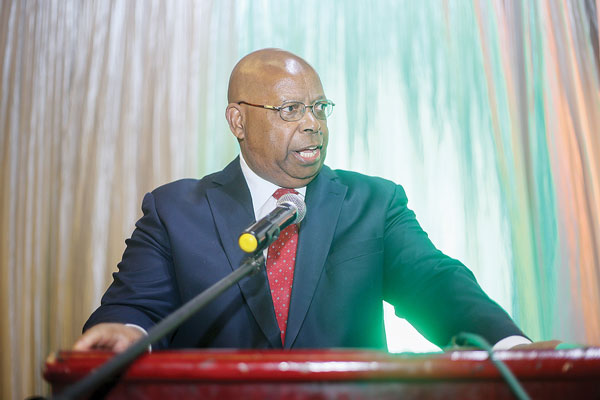